"We demand that democratic heads of state and government convince Vladimir Putin to free Oleg Sentsov": An Open Letter 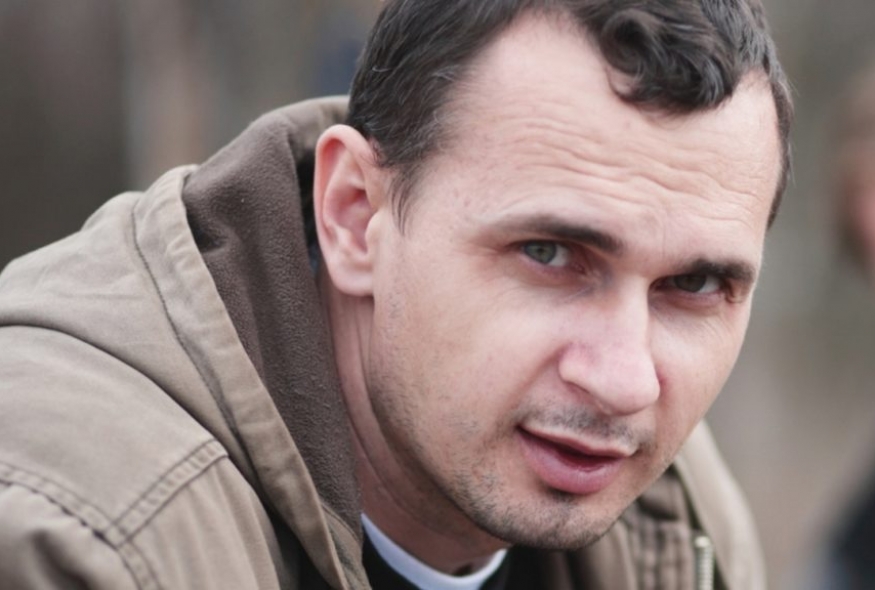 Well-known directors, writers, actors, public figures from all over the world signed an open letter to the heads of state who came to Paris on the centenary of the end of the First World War.&

The original French version of the letter was published in& Le Monde.

To Heads of State and Government of democracies

In 1980, Andrei Sakharov was exiled in the closed city of Gorky, punished for having alerted the world to the danger that the USSR represented. Under house arrest and constantly monitored by the KGB, he was cut off from the world by the Soviets for several years, during which he carried out two hunger strikes and was tortured and force-fed through a tube by his captors. It was only thanks to perestroika (restructuring) and glasnost (transparency), in 1986, that Mikhail Gorbachev ended his exile and his suffering.

This did not prevent another Russian dissident – Anatoly Marchenko – from dying in his cell the same year, on December 8th, 1986, after eleven years in prison and a hunger strike that lasted 117 days. His crime was having revealed, in a book, the harsh reality of work camps and Soviet prisons. As he put it: "The only possibility of fighting evil and lawlessness is to know the truth."

This truth has cracked and broken down walls. The USSR became Russia, Ukraine, Georgia, the Baltic nations and others. And yet the filmmaker Oleg Sentsov began a hunger strike for the same reasons, on May 14th, 2018 – to alert the public to the evil and lawlessness he faced and to warn the world.

The truth is that, in the 21st century, Oleg Sentsov, a young filmmaker, father of two children and author of a film shown at some of the most prominent festivals in European cinema, disappeared on the May 10th, 2014, as he was leaving home, kidnapped by Russian secret police in his native Crimea, that piece of Ukraine brutally seized by Russia. The truth is that he was beaten and tortured, imprisoned in Russia and sentenced a year later to twenty years in prison, following a trial denounced as "Stalinist" by Amnesty International.

The truth is that almost seventy other Ukrainians are unjustly detained in Russia. They are mainly Crimean, many Tatars, and were kidnapped, like Oleg Sentsov, and forcibly given Russian citizenship so that they could be tried and imprisoned in Russia. Some are still awaiting trial, while many others received heavy sentences in high-security prisons, mostly following show trials based on information obtained through torture. Trials for "example".

We may protest – and filmmakers have certainly turned out across the world, including in Russia, despite clear risks. Yet Vladimir Putin will not budge. He knows by now that he will face no consequences. Mealy-mouthed responses from western democracies for 20 years that have allowed him free rein in Chechnya, Georgia, Crimea and Syria. Why would Putin give in? No-one has ever dared ask.

From the depths of his prison cell, Oleg Sentsov understood that he and the other Ukrainian hostages were alone. He decided to take charge of his fate and, with only his body as a weapon, began an unlimited hunger strike. To underline the political dimension of the strike, he demanded the liberation of all Ukrainian political prisoners in Russia, without requesting freedom for himself.

But his courageous gesture went far beyond that, because he insisted that Europe and the world not forget Ukraine, Crime and the Donbass. He warned us, as Marchenko and Sakharov once did about the USSR, of the dangers that Vladimir Putin’s Russia pose to the core values on which our democracies are built: freedom, mutual respect and peace.

The European Parliament quite rightly gave, to the honorary citizen of the city of Paris Oleg Senstov was already, the Sakharov Prize on October 23rd, along with this declaration from its President: "Through his courage and determination, by putting his life in danger, the filmmaker Oleg Sentsov has become a symbol of the struggle for the release of political prisoners held in Russia and around the world. By awarding him the Sakharov Prize, the European Parliament is expressing its solidarity with him and his cause. We ask that he be released immediately."

We hope that this strong symbol will lead to concrete, strong acts from our political leaders.

Tomorrow, invited by Emmanuel Macron, one hundred heads of state – including Vladimir Putin – will come together in Paris to mark the hundredth anniversary of the armistice that ended the First World War.

While nationalism returns to the forefront of politics around the world and reminds us of the darkest days of the 20th century, we demand that democratic heads of state and government use the means at their disposal to hold Russia to account and force it to respect international law: there must be an inquiry in the UN Human Rights Council, the Minsk Accords must be expanded to allow an exchange of prisoners including Oleg Sentsov, and Russia must be condemned by the European Court of Human Rights, which has already stated it is competent to handle such a case.

If none of these avenues work, a law must be voted to allow the punishment of those who have put Oleg Sentsov in prison. A similar law already exists in many countries (the USA, Estonia, Lithuania, the United Kingdom and Canada, among others), and it is called the Magnitsky Act – named after one of Putin’s first victims. Europe should consider adopting it to heavily punish the jailors of Oleg Sentsov and the other Ukrainian hostages.

As we mark the 100th anniversary of the First World War, this day of peace among nations, we demand that democratic heads of state and government convince Vladimir Putin to free Oleg Sentsov and the other Ukrainian political prisoners, immediately and unconditionally.

He should let them go home.

October 6, 2018
717
New Translations of Oleg Sentsov’s Stories in German
September 29, 2018
567
"The stories win people’s minds, not bullets": Victoria Amelina's speech about the trial of Sentsov at the 84th PEN Congress in Pune
September 24, 2018
881
Putin’s war is transforming Ukraine
September 7, 2018
277
"I can honestly say that the labor camp was the best place to understand what ‘love your enemy’ really means” - Myroslav Marynovych
August 31, 2018
403
The European Court of Human Rights’ politically-motivated denial of justice for Oleg Sentsov
Support our work