"The stories win people’s minds, not bullets": Victoria Amelina's speech about the trial of Sentsov at the 84th PEN Congress in Pune 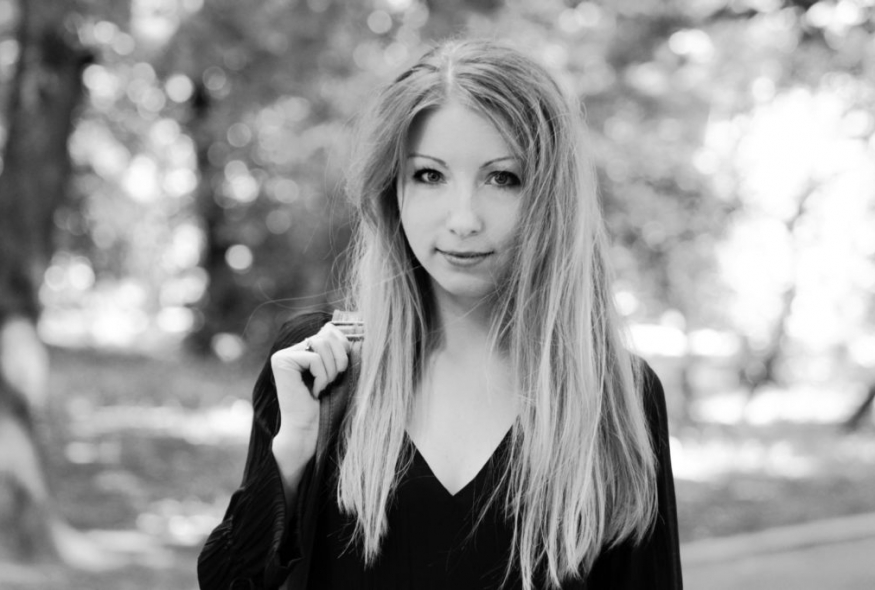 On 27 September within the framework of the 84th PEN Congress in the Indian city of Pune the presentation of a documentary by Russian director Askold Kurov "The Trial" in honor of the case of the Ukrainian writer and film director Oleg Sentsov was held. PEN Ukraine publishes the speech foregoing the film demonstration presented by Victoria Amelina, Ukrainian writer and delegate to the Congress.

I believe all of you know the name of the Ukrainian political prisoner Oleg Sentsov detained in the Russian Federation.

We are about to watch The Trial, a film by Askold Kurov which tells about the trial of Sentsov and the support of his friends, family and lawyers who struggle for the artist’s freedom. The title of the documentary – The Trial – refers to Kafkaesque absurdity, showing that virtually any of us can become a victim of a merciless state machine, such as Russian.

Oleg is an acclaimed film director and writer. However, in the year of 2014, as a good citizen and a father of two children he had to put his artistic ambitions on hold as his native Crimea was being occupied by the foreign soldiers, very well armed, but carrying no signs on their military uniforms.

Some Ukrainians were shocked and hesitated at the time, but Oleg was one of those who had the courage to openly express disagreement about the annexation of his home. He acted as a true man of honor. He is no coward. In the documentary you’ll hear him saying, right in the courtroom: "The greatest sin on Earth is cowardice". We know that the authoritarian regimes do not tolerate people like Sentsov. In May, 2014 Russian authorities kidnapped the artist from his home in Crimea, transferred him to Russia, interrogated and tortured him. Thereafter, Russian military court sentenced Sentsov to 20 years in prison on spurious terrorism charges.

At that point, I think, it seemed that once again in history a powerful regime had managed to break and silence a man who has enough courage to raise his voice against injustice. However, on 14 May, 2018 exactly 137 days ago, Oleg Sentsov started a hunger strike calling for the release of all Ukrainian political prisoners detained in the Russian Federation and in occupied Crimea. Calling for the freedom for others, not for himself.

We all are storytellers. Oleg’s story, the story of one artist’s peaceful struggle against the powerful and ruthless state, is the simple story that the Russian regime fears to be heard widely in the world. Politicians as well as writers very well know that the stories win people’s minds, not bullets. And our colleague is ready to sacrifice his life to let the world hear the true story of Ukrainian struggle and solidarity. Hence, I ask you to spread the story of Oleg Sentsov. Please, make it known to the fellow citizens in your countries.

So, the movie we are about to watch is called The Trial. Now I do have hope that Oleg and other Ukrainian political prisoners will get their freedom back; that Sentsov and other Crimean writers who had to flee the peninsula, will be able to come back home, to Ukrainian Crimea. And I do have hope that the current Russian leaders will be the ones brought to trial one day – for the crimes against Ukrainian people, but also the people of Chechnya, the people of Georgia, the people of Syria and, last but not least, their own Russian people.