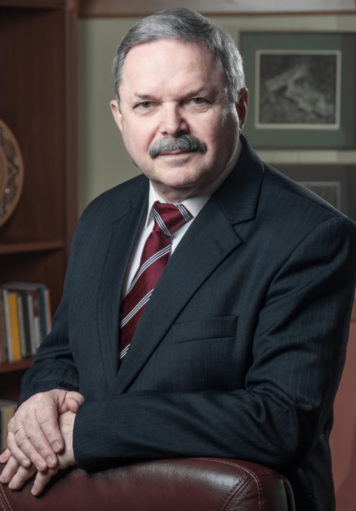 Lviv, Ukraine, Jul 29, 2018 / 04:02 pm (CNA/EWTN News).- "I can honestly say that the labor camp was the best place to understand what ‘love your enemy’ really means," said Myroslav Marynovych, a Ukrainian Catholic who spent seven years in a Soviet gulag in the Perm region of Russia.

After receiving the 2018 Charles J. Chaput Award at the Napa Institute conference this month, Marynoych explained to CNA how the gospel came to life for him in the gulag, and how a stint in solitary confinement led him to write a letter to St. John Paul II.

Marynovych is vice-rector for university mission at the Ukrainian Catholic University in Lviv.

Marynovych was sent to the labor camp in 1977, one year before Karol Wojtyła was elected Bishop of Rome. He was arrested for leading the Ukrainian Helsinki Group, the first non-underground group in Ukraine tasked with documenting human rights abuses and monitoring the implementation of the Helsinki Accords.

He spent 1977-1984 in forced labor camps in Perm, and then three years of exile in Kazakhstan.

Marynovych learned early on in his gulag experience that he needed to guard against an unchristian contempt for the KGB officers and guards.

After an outburst while interacting with a guard when he was in solitary confinement, Marynovych reflected on his actions in his cell.

"This incarnation of anger – is it me? What about my Christianity? I didn't want to transform myself into a 'man of hatred.’"

"I started to pray. I started to walk in the cell back and forth, and...I decided, 'No, I don’t want hatred to overcome my heart.’"

After that realization, "I behaved in a way that is acceptable as a Christian. I don't need to hate people to say something that they have to hear," said Marynovych.

The Catholics in his labor camp celebrated Easter twice in a sign of solidarity with their Orthodox brethren, who follow a different liturgical calendar. "That was a sort of prison ecumenism," Marynovych explained. It also made it more difficult for the KGB officers to pit the two groups against each other.

Any sort of religious practice was strictly forbidden in the Soviet camps. In 1982, the camp administration issued a warning on Holy Saturday that anyone gathering to celebrate Easter would be punished.

"And, for us Christians, to be punished for celebrating the Easter is okay. So of course we ignored these warnings," said Marynovych.

"We gathered and we prayed. There were people of different confessions. We started to eat some simple food that we had at that moment, and the guards arrived and took all of us to the penal isolation cell for 15 days," he continued.

"The Soviet Union supported Christian movements in Europe, on one hand, and punished Christians for just celebrating Easter on the other hand. We had to inform the world about that."

The prisoners decided to write a letter to the pope.

When the news that Wojtyła had been elected reached the gulag, there was "total enthusiasm in the labor camp," explained Marynovych.

"We all understood that as a Polish citizen, he knew the nature of communism from within, not as some Italian bishops-cardinal from outside. They knew communism as a grassroots activity of Italian communists, but he knew communist crimes from within."

Marynovych was the man selected by the prisoners to pen the letter.

"We described the situation and asked John Paul II to make this moment known for Christians in the world – that we were punished simply for celebrating the Easter. We shared the text of this letter later when we were released from this punishment cell, and the text was agreed upon by the other prisoners."

"We smuggled this letter secretly to Moscow, and then from Moscow to Rome."

"After several months, we received a secret information from our relatives that John Paul II had received this letter and prayed a Mass for the signatories of this letter, including me."

"There was a storm of positive emotion, and gratitude to John Paul II for that because this support was very important for us."

"It was suggested that the election of the John Paul II as pope was the end of communism. And actually it happened during his papacy. The Soviet Union fell down."

After the fall of the Berlin Wall, Marynovych had a chance to meet the pope and thank him personally, more than ten years later after he had written the letter.

"Of course, I was deprived of many joys of life – just imagine, I was arrested when I was 28 and released at 38. And yet, I am an illustration of the very important truth: God never takes anything away from a human being without compensating him or her even more abundantly. That’s why I have never considered my imprisonment as a curse," Marynovych said in this remarks that the Napa Institute conference July 14.

"Yes, the Soviet regime did want to make my life hell. However, it was God who transformed the camp experience into a blessing."