Previously, we interviewed Ukrainian journalists working on war a very personal war, a war for national survival. Today, we shift the focus to foreign reporters. Some of them have been following events in Ukraine for many years, and some have just arrived here for the first time. They are all proficient war correspondents and civilian documentarians; some have never in their lives covered warfare. Five of them shared their feelings about coming to the country that is opposing Russia’s military aggression, and their most impressive memories of this experience. We bring their stories to your attention. 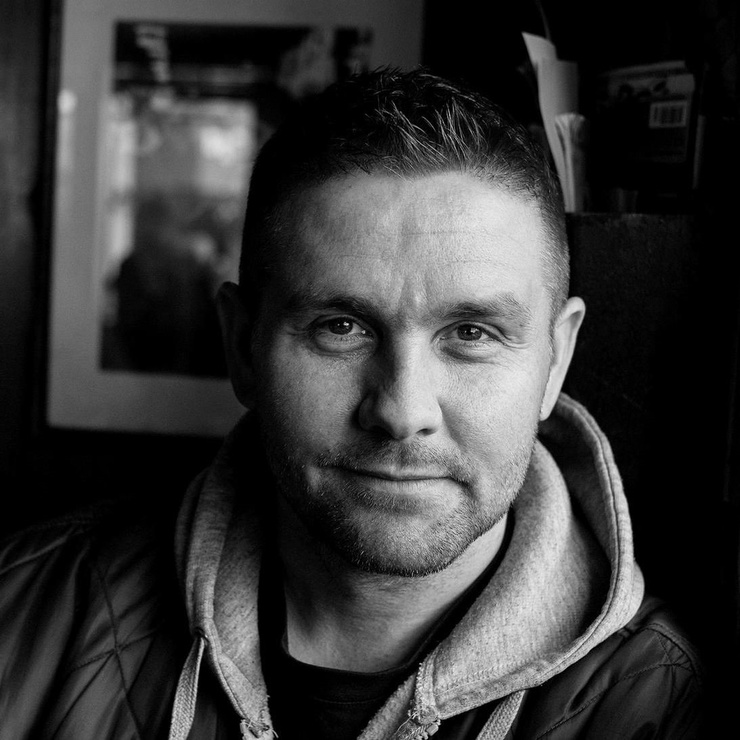 Icelandic photographer and artist Óskar Hallgrímsson has been living in Kyiv for three years. He considers it the perfect city, relaying that his feelings about Ukraine have always been warm and almost became kind of patriotic after the full-scale invasion.

"I’ve spent lots of time in Ukraine. Most of my friends are locals – journalists, artists and so on. I’m just in love with this country: I cannot help but contribute to art and photojournalism day by day," Hallgrímsson shares.

Documentary photography has been Óskar’s main work over the past decade. "I’m covering one thing over a period of time," he explains. "I’ve done a lot of poverty, sex trafficking. I’ve seen a lot of systematic hurt, a battery of evil. But nothing compares to having your nervous system on high alert straight for four months."

Óskar has never covered warfare before, but since February 24, he had seen the hottest parts of the war in Ukraine. "Most of the strongest experiences that I have were a surprise," he says. "For example, Bucha with its mass graves. I was there on the third day after it was liberated from Russian occupation. It was difficult to watch, but I’ve seen the images before. I knew of the horror. It was horrible, but I was kind of prepared. I knew I was walking into a horrible situation. But these kinds of events can hit me inside."

The hardest thing for Óskar was going into the houses the Russians had commandeered.

"I’ve seen absolute disrespect for human life. Trash everywhere, broken things – like, for example, a knife in a TV set, human excrement on the floor. The hardest one was in Bucha. We went into the house. On the first floor, a sex doll with its back outwardly turned and pulled onto the head. It was very difficult to see, because I had already met people sexually assaulted by the Russians."

For now, Óskar is in Iceland. But he intends to come back to Ukraine and document the war somewhere closer to the contact line. He is interested in seeing the post-war reconstruction of Ukrainian towns and cities.

Finbarr O’Reilly: "Media have just a huge amount of interest in the war in Ukraine" 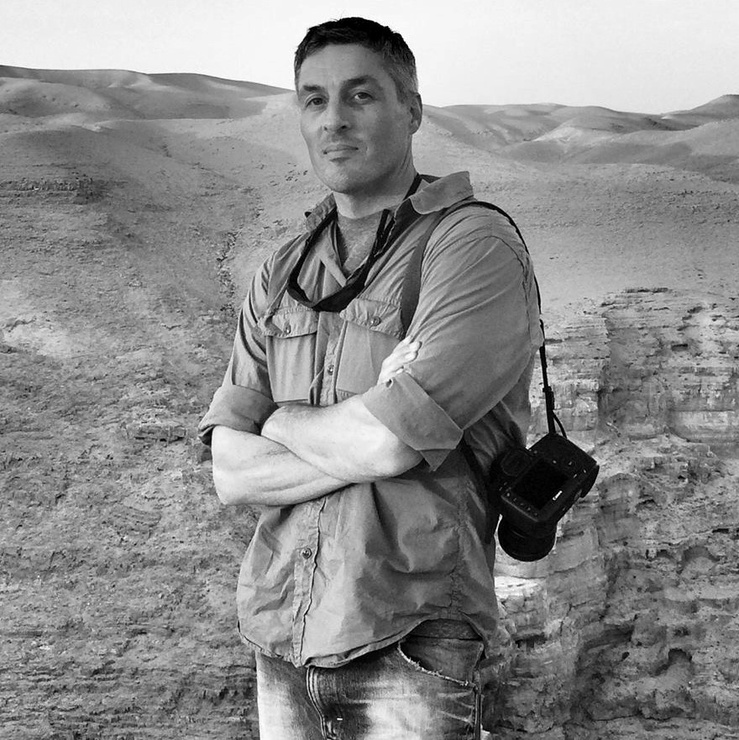 The Daily News reporter Finbarr O’Reilly has been covering wars and conflicts around the world for the last twenty years. He regularly works in the Middle East and Africa covering stories which the media often ignore – for example, the war in Congo that has taken 5 million human lives.

"It wasn’t a hard decision to come to Ukraine. I was curious to see what a war in Europe might be like. And I have followed events in Ukraine over the last ten years. But being there in person was very different," he says.

Finbarr has been working in the eastern part of Ukraine, including Bakhmut, Sloviansk, Druzhkivka, Pokrovsk, and Severodonetsk.

"I was interested in this generational split in the East and Russian-speaking areas, where the older generation often have nostalgia for the Soviet era, which is very different from how the younger generation often feels with much more identification with the West and more progressive, European ideas and values," he shares.

Yet it was in Lviv where Finbarr was witness to an event that has stayed with him the most.

"I could point to the coverage of one funeral of a Ukrainian soldier. His twin brother attended the funeral. I remember him looking down in the open coffin in the cemetery and seeing his likeness in the coffin and somebody he's been with since the moment he’d been born, no longer with him."

Finbarr points out that the war in Ukraine is widely covered by all media in every form.

"Whether it’s print, radio, video, photography: there is just a huge amount of interest in this conflict."

Finbarr’s photographs have already been displayed at several exhibitions in New York and will soon amount to a compendium. The reporter himself has recently gone on his usual trip to Congo, but afterwards he’s planning to work in Ukraine again. 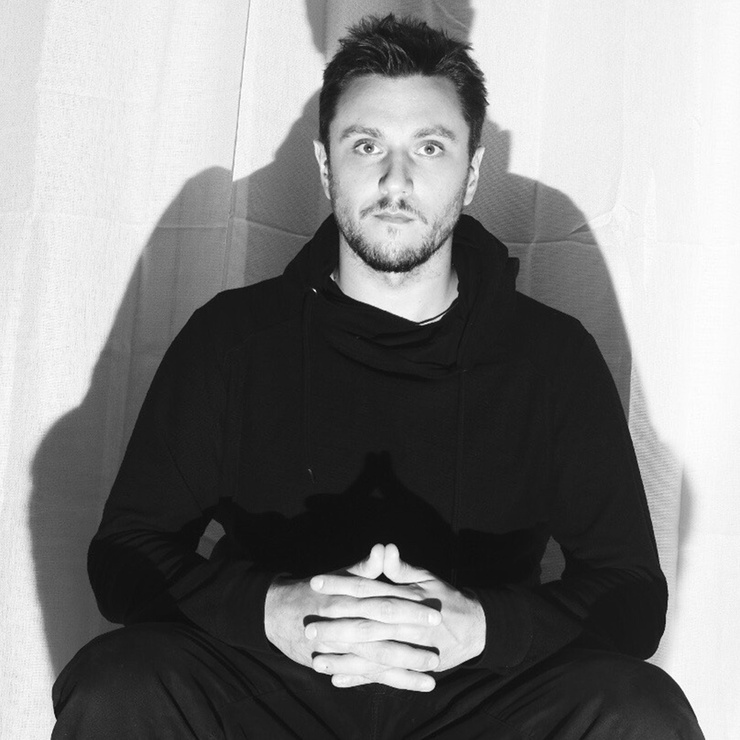 The war in Ukraine has become the first experience of covering warfare for Tomasz Lazar, an independent Polish photographer. The decision to come to Ukraine was not an easy one for him to make. First, he had to ask if his partner wouldn’t mind him going to document the war.

In Ukraine, Lazar has worked in Lviv and the liberated areas of the Chernihiv and Kyiv regions.

"Those people have survived inconceivable suffering," Lazar says. "War crimes, committed by the Russian military, are hard to describe."

One of the events that stayed with him the most took place in Yahidne, a village in the Chernihiv region.

"The village had been occupied for over a month. The Russians had forcibly herded 136 people inside the local school basement and held them at gunpoint. They spent four weeks in that cramped space. Some had to sleep standing, right there next to the dead. Those who have survived that hell showed that place to me themselves," Tomasz recalls.

"No one is there today. The place is still has the stench of decomposition and disease. The Russians withdrew from Yahidne by the end of March and left horrible memories behind. The figures written on the white wall of that basement symbolize the number of people killed there by the Russians."

Tomasz is planning to write a book based on the stories he has collected in different communities affected by the Russian aggression.

Johanna-Maria Fritz: "People should not start to get used to the war" 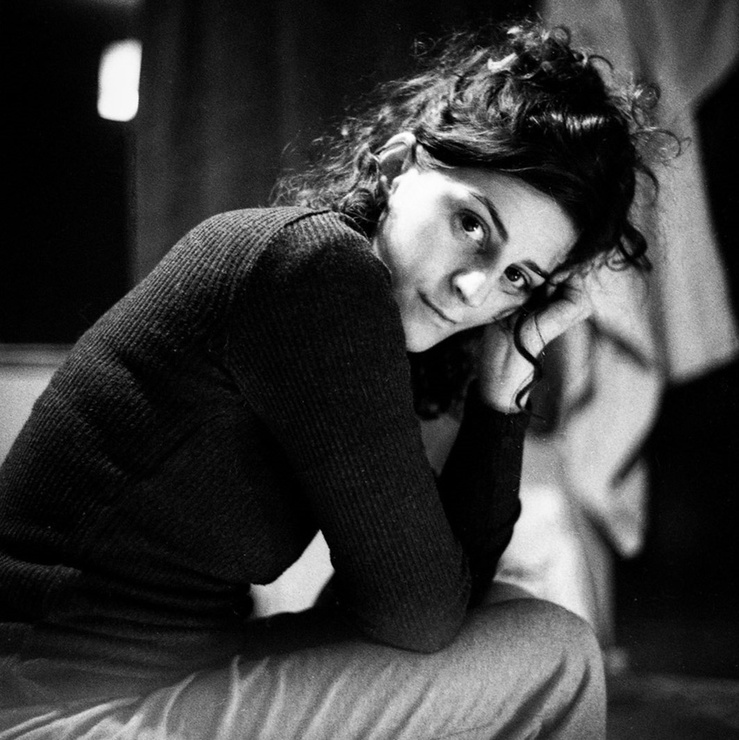 On the 24th of February, the freelancer Johanna-Maria Fritz was in Afghanistan. As soon as she learnt about the war in Ukraine, she called her friend and colleague, the Ukrainian photographer Mila Teshaieva.

"We quickly decided to take a car and go to Ukraine. On the 25th I had my airplane from Afghanistan back to Germany and on the 26th Mila, Stephanie Glinski, Christoph Reuter and I left for Ukraine. For me it was obvious to go there, and I didn’t hesitate," Fritz recalls.

The journalist believes that one must not compare different wars. "Yet from the sky, all this fear reminds me about the conflict in Nagorno-Karabakh. Kalashnikovs against drones…" says Johanna-Maria.

Most of her time in Ukraine she spent in and around Kyiv while the Russian military were approaching the capital city,

"I must say a moment right after the Russian troops left the area around Kyiv stayed in my mind. Mila and I were driving back toward Kyiv from Borodianka. The sun was going down and the day got a little bit warmer. Two women were standing on the street side: we thought that they were looking for a lift. One of them was wearing a black scarf around her head which meant that an immediate relative of hers had died. The woman was asking for petrol to drive to her house 3 km away to attend the exhumation of her son’s body the next day. Her name was Halyna and her son Ihor had been buried in the yard for seventeen days. He had helped the Russian soldiers with repairing something, and they offered him and three other men alcohol in return. The next morning, all the four were dead. Halyna said that the Russian soldiers had obviously poisoned her son. So, she took us to his grave and started crying there. In the coming weeks we would talk to so many people who buried their loved ones in their gardens."

Johanna-Maria is determined to come back to Ukraine to collect materials for her book and exhibitions.

"People should not start to get used to the war. I would like to arrange outside exhibitions to give greater audience the chance to see them," she summarizes. 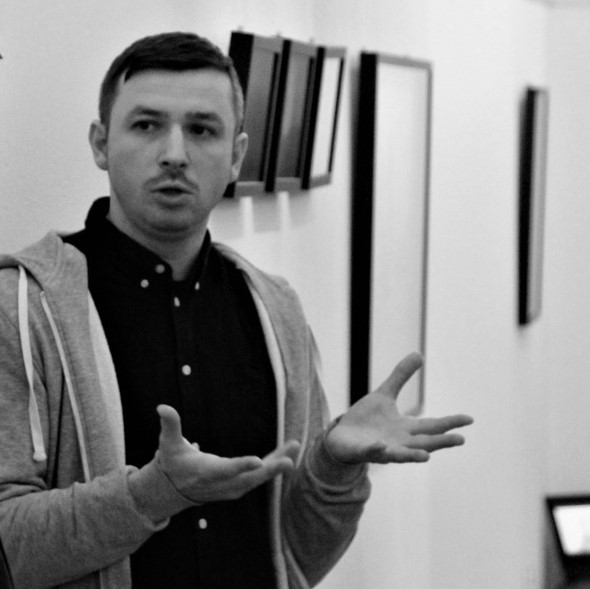 Polish photographer and anthropologist Marek M. Berezowski has been documenting the war in Ukraine since almost its very beginning. In 2015, he worked mostly in Mariupol and Donbas, particularly in its Russian-occupied areas.

"When Russia's invasion of Ukraine began on February 24, 2022, I took my car and drove to Kyiv. It was obvious to me that I had to go. I had no doubts about my decision. Instead I was thinking about how surreal it was that Russia is attacking Ukraine just like that, and yet it is happening - it's real", Marek recalls.

A wealth of hard evidence remains in the photographer’s memory.

"I remember situations from Irpin and Stoyanka the most," Marek says. "The shooting of my camera by Russian soldiers. Helping in an evacuation from the retirement home. I also remember very well the talks with my journalist friends about whether the Russians would be able to encircle Kyiv, or if it would look like Grozny. This uncertainty I had felt all the time. And the streets were all empty, like in a ghost town. I also remember the fear in people’s eyes and terrified animals, pets like cats and dogs."

Marek is inclined to believe that he’s got a broader insight because he understands Ukrainian language, politics, and culture. Nevertheless, unfortunately, sometimes bureaucratic procedures make his work very difficult.

"Also, there is the problem of communication," he goes on. "For example, the police and other forces sometimes did not know that the accreditation for journalists from the Ministry of Defense of Ukraine is in an electronic form."

Berezowski is going to come back to Ukraine on a regular basis:

"It is important to me personally, but I think that it should also be important for public opinion in Poland, Europe, and the world. As a journalist, documentarian and photojournalist, I would like to show the world what this war looks like, the life of Ukrainian civilians during the war, and what the Russian army is doing in Ukraine."

Marek is convinced that he has evidence of war crimes committed by the Russian military. He’s ready to send his photos to the International Court of Justice in Hague. Currently, he is working on a documentary film about the Russians’ war crimes in Irpin.

June 21, 2022
503
Behind the lens: Ukrainian photographers on their most important war photos
April 12, 2022
1351
Sensitive Content: 12 Ukrainian Photographers Reporting on the War in Ukraine
Support our work