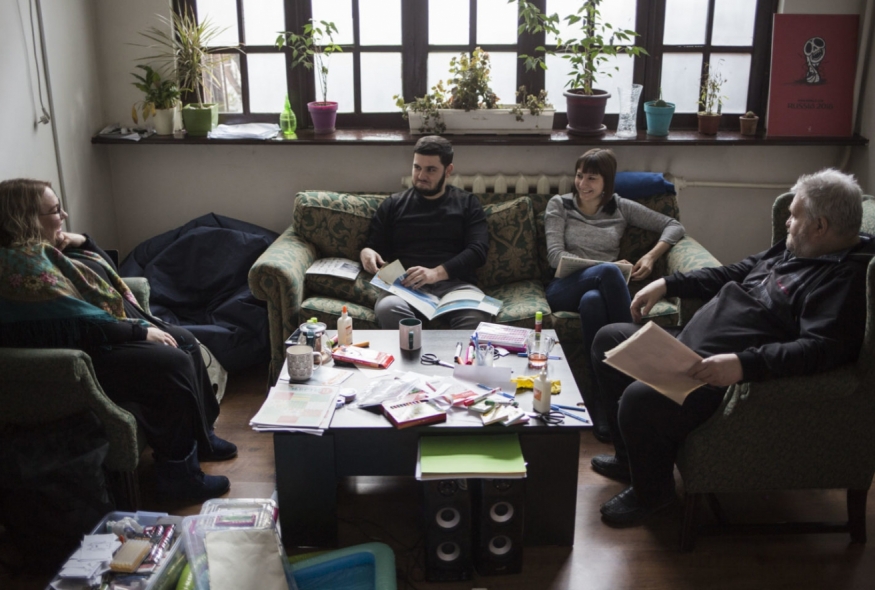 Tbilisi Shelter City offers a refuge for human rights workers from Russia, Tajikistan and beyond.

Leonid Agafonov spent four and a half years in a Siberian prison camp, so he laughs when he describes how, as a free man, he again spends his days in prison.

Agafonov is now an unofficial ombudsman in Russia’s prison system, recording cases of abuse like rapes and mothers forced to give birth in handcuffs. He focuses on the most at-risk prisoners: pregnant women, LGBT people, and the terminally ill. "There’s no one else who can do this work," Agafonov tells Eurasianet.

But the work has taken a toll. Without state or foreign funding, Agafonov was living off the meager income from a few apartments he rents out in St. Petersburg. He couldn’t afford medical care, and couldn’t leave his work long enough to take care of himself. A friend, seeing Agafonov’s ill health, urged him to apply to Tbilisi Shelter City.

Tbilisi Shelter City is a refuge for human rights defenders, like Agafonov, from the former USSR. It supports three-month stays for guests to recover from their stressful jobs, funding medical treatment, psychological care, and English lessons to return home better able to cope with the difficulties their vocations present. 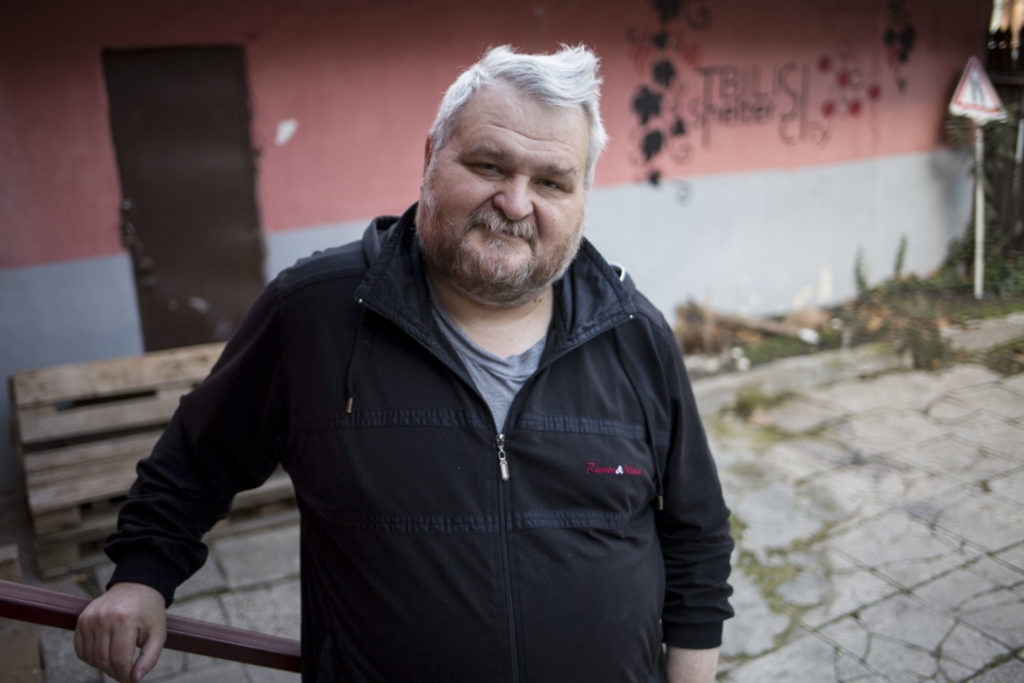 "The main purpose is to give our guests the chance to rest," says Svitlana Valko, project coordinator for Tbilisi Shelter City. "They are often persecuted, they work on hard issues, torture and kidnappings. Most of them see [their work] as so important that they don’t rest." The team at Shelter City have themselves worked as on the frontline of human rights and know the toll such work takes physically and mentally.

One recent guest, Maria Kvitsinskaya, works in Kiev for CrimeaSOS, an organization that monitors human rights in Crimea. For that, Kvitsinskaya would travel to the contested territory, recording stories of abuse, particularly against Crimean Tatars.

"As a case manager I had to support families that I keep in touch with, consoling them in all their tears," Kvitsinskaya tells Eurasianet. "Because of this work I couldn’t relax in the city where I worked. I was burned out."

"She was under such psychological strain when she came here," Valko says of Kvitsinskaya. "She had two options: she could quit or she could die."

A group of Georgian and Ukrainian human rights activists opened the shelter in 2016, modeling it after a similar initiative in the Netherlands, but in an atmosphere more familiar to residents of the post-Soviet world. Since then, it has received 67 guests. (The shelter operates with funding from the Dutch Embassy in Tbilisi, the National Endowment for Democracy, and the Open Society Foundations. Disclaimer: Eurasianet receives funding from NED and OSF, among others.)

Valko says Tbilisi is the right fit because Georgia has the best-established rule of law in the region and many medical personnel speak Russian.

There are limitations, however. The shelter doesn’t take guests from Azerbaijan because of safety concerns. As evidence, Valko cites the case of Afgan Mukhtarli, an Azerbaijani journalist who was abducted in Tbilisi in 2017 and rendered to an Azerbaijani jail – Mukhtarli has blamed Georgian authorities for his kidnapping. Shelter City also doesn’t take transgender guests; Valko says that a number of violent attacks against trans people in Georgia show that their security can’t be assured.

But Valko said the benefits of Georgia outweigh those drawbacks. Georgia’s extremely liberal visa regime, for example, has come in handy when the shelter has had an emergency case.

Khairullo Mirsaidov was an emergency. A journalist from Tajikistan, Mirsaidov spent nine months in pre-trial detention on charges of embezzlement after he published evidence of high-level corruption – charges that he and just about anyone not affiliated with Tajikistan’s government say are political motivated. He was beaten, denied visitors, and left to thoughts of suicide, he says. He suffered migraines that made reading impossible. He contracted pneumonia, and was given only cough drops to treat it. "I knew that [the prosecutors] would fail and I would be free," he says, explaining how he kept himself alive.

When his case was brought to trial, Mirsaidov was sentenced to 12 years’ imprisonment. After a sustained Western campaign, he was released, though the conviction remains in place. He crossed the border into Kyrgyzstan, took a bus to Almaty, and got on a flight to Tbilisi. "When I got on the [terminal] bus to the plane," he says, "I couldn’t help it, I was crying."

In Tbilisi he received months of medical and psychological treatment to recover from his imprisonment. Unlike the other guests at Shelter City, he can’t return home; Tajikistan has filed new charges since he fled. Now he is working on a journalistic project and is applying to fellowships and schools in the West.

When Agafonov arrived from Russia, he was diagnosed with diabetes and other blood problems. He spent a month in treatment. From Tbilisi he’s establishing partnerships and learning to cope with his illnesses. "It’s nice here," he says, "but it’s too calm." He’s says he’s ready to go back to the Russian prisons.

Kvitsinskaya of CrimeaSOS needed a month in Tbilisi before she could turn off her devices and give herself a break. Now, after psychological counseling, she is getting ready to return to work. She laughs thinking that Georgia, the site of so many Soviet sanatoria, is where she finally got a rest.

Source - Eurasianet
David Kitai is a journalist based in Tbilisi.
Tags: #Human Rights
To the list of all publications
Share:

March 10, 2019
365
New persecution in occupied Crimea inevitable after Russia allows imprisonment for "disrespect for the authorities"
February 22, 2019
361
The Facts about Anti-Semitism and Xenophobia in Ukraine that Russia doesn’t want known
February 22, 2019
402
"Two Ukraines" reconsidered
January 17, 2019
257
Learning to 'love your enemy' in a Soviet labor camp
January 14, 2019
704
A day in an Istrian olive grove
Support our work