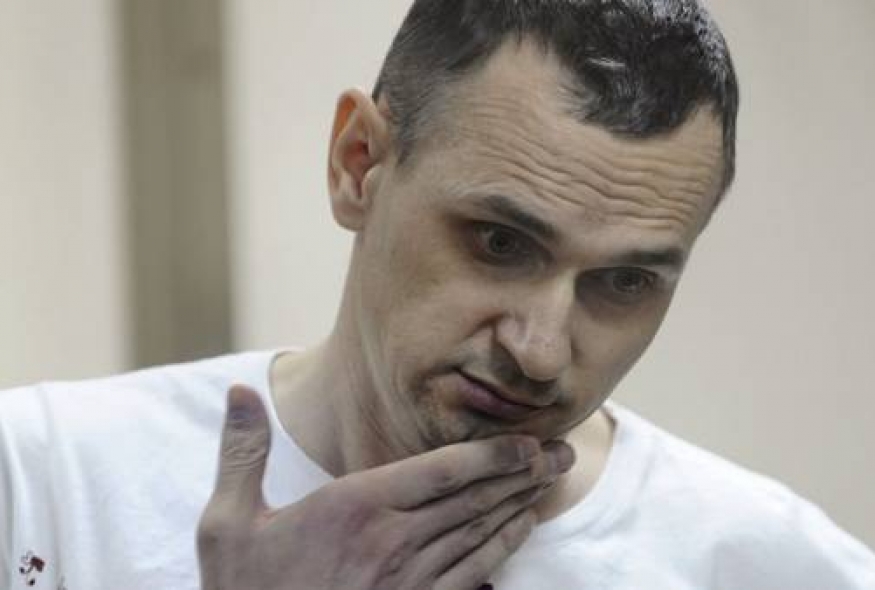 On the 6th of December the Executive Board of PEN Ukraine selected the third winner of the competition within the mini-grants joint program of PEN Ukraine Translation Fund Grants and the International Renaissance Foundation for translation of Oleg Sentsov’s book of stories into the German language.

The winning application is a group of translators, in particular, Lydia Nagel, Claudia Dathe, Alexander Kratochvil, Thomas Weiler, Andreas Tretner, Christiane Körner, Olga Radetzkaja, Jennie Seitz, Irina Bondas and Kati Brunner. The German translation of Oleg Sentsov's book will be out in the spring of 2019 by Voland & Quist Publishing House, and first presented within the framework of the Leipzig Book Fair.

Noting,that on the 22nd of November PEN Ukraine announced names of the translators of Oleg Sentsov’s book of stories into English and Polish languages. English translation of the book will be performed by Dr. Uilleam Blacker, who had already translated three stories of Oleg Sentsov for PEN International website. Blacker is a program coordinator and lecturer at the Faculty of Comparative Russian and Eastern European Culture at the UCL School of Slavic and East European Studies. He also translated into English Taras Prokhasko's novel "NeprOsti" (The UnSimple). The book of stories by Oleg Sentsov in translations by Dr. Uilleam Blacker is scheduled to be published by American Deep Vellum Publishing, in the autumn of 2019.

A translator of the book into Polish will be an author, translator and critic Bohdan Zadura. Earlier he translated into Polish works of Dmytro Pavlychko, Yuri Andrukhovych, Andriy Bondar, Vasyl Makhno, Ostap Slyvynsky, Natalka Bilotserkivets, Serhiy Zhadan, Vasyl Slapchuk, Halyna Kruk, Andriy Lyubka and other Ukrainian authors. Polish translation of Oleg Sentsov's book will be published in the series of "Wschodni Express" (Eastern Express) by the Warsztaty Kultury (Workshops of Culture) publishing department in the spring of 2019.

The competition for translation of Oleg Sentsov’s book of stories into English, German and Polish languages within the mini-grants joint program of PEN Ukraine Translation Fund Grants and the International Renaissance Foundation was announced in October 2018.

The grant includes a reward of 2,000 EUR and a refund of the copyright fee, but does not cover the costs related to editorial and printing process.

A book of stories by Ukrainian writer and filmmaker Oleg Sentsov, who was illegally sentenced by Russian court to 20 years of imprisonment in a colony of strict regime, was published in Russian in 2015 by Laurus Publishing House. Stories from this edition were read during various campaigns in support of Sentsov in different countries and in different languages. Other than that, so far only one translation of this book into a foreign language has been released – in 2017 a French edition was published in translation by Iryna Dmytryshyn. The book stories includes eight stories: "Autobiography", "Dog", "Childhood", "Hospital", "School", "Testament", "Grandmother", and "Makary".