Polish translator Bohdan Zadura became the laureate of the 2021 Drahomán Prize for translators from Ukrainian into world languages. The name of the winner was announced during a ceremony, which this year was held for the first time abroad at the Literaturhaus Berlin due to the full-scale Russian invasion.

Bohdan Zadura is a translator from Ukrainian into Polish, writer and literary critic. The author of twenty-five books of poetry and more than a dozen volumes of essays and prose. Long-term editor of "Akcent" quarterly, since 2004 – editor-in-chief of "Twórczość" monthly. Nominated for the award with translations into Polish of Kateryna Babkina’s "My Grandfather Danced the Best" (Warsztaty Kultury publishing house), Vasyl Makhno’s "Eternal Calendar" (Państwowy Instytut Wydawniczy publishing house) and Yuri Vynnychuk’s "Lutencia" (Warstwy publishing house). "Bohdan Zadura is one of the most famous Polish writers of the older generation, a long-time editor-in-chief of the most important Polish literary magazine Twórczość. He began translating from Ukrainian first casually, and later systematically and with great interest both in the poets of the older generation such as Dmytro Pavlychko, who became for him the first figure to get acquainted with Ukrainian literature in the 1980s, and in the next generations of Ukrainian writers. This acquaintance is not abstract, and not exclusively by means of literary texts, but mostly personal. Bohdan Zadura consciously nurtures this style of communication, which is characteristic for Polish or Ukrainian intellectuals," one of the Chapter members Ola Hnatiuk commented on the decision of the Chapter. Ola Hnatiuk is a researcher, professor of the NaUKMA and the University of Warsaw, Vice-President of PEN Ukraine. "Receiving this award is a great joy for me, I am very grateful. First of all, I would like to thank all poets and novelists from Ukraine, without whose works I would not have received this award. I thank Polish publishers who are interested in Ukrainian literature. I am grateful to my son, who was the first reader of my translations, and now he himself translates Ukrainian literature," Bohdan Zadura emphasised during the awarding ceremony.

The name of the winner was announced by Maksym Yemelianov, adviser-envoy of the Embassy of Ukraine in Germany. Magdalena Szuber-Zasacka, Counsellor of the Embassy of Poland in Germany, head of the press and public affairs department, received the award on behalf of the laureate. The first laureate of the Drahomán Prize, Claudia Dathe, and the Ukrainian writer Yurii Andrukhovych also took part in the ceremony. 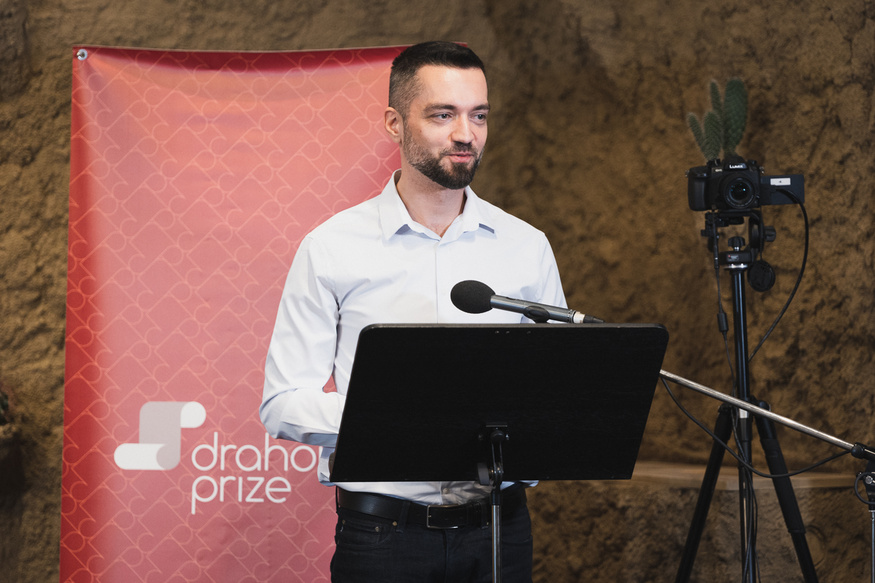 "It is difficult to overestimate the role of translators in the propagation of Ukrainian literature in the world. Translation skills are the key to another culture, language and written word, but often this work goes unnoticed or underappreciated. Having established the Drahomán Prize, the Ukrainian Institute, together with its partners, for the second year in a row recognizes talented translators from the Ukrainian language into world languages and thanks them for being true cultural ambassadors of Ukraine," noted the General Director of the Ukrainian Institute, Volodymyr Sheiko.

"Never before has Ukrainian literature worked so hard for the victory of Ukraine as during this Russian aggression. Now almost every European, American or resident of South Asia or North Africa is looking for answers to dozens of questions about Ukraine and wants to understand the phenomenon of Ukrainians who were not afraid of the Russian Empire and entered into a desperate struggle for their right to be independent and sovereign. The answers, as always, can be found in Ukrainian literature. And here it is impossible to overestimate the work of translators from the Ukrainian language, who have long since become more than translators and friends of Ukrainian literature, they have become, by and large, ambassadors of Ukrainian culture," said Andriy Kurkov, President of PEN Ukraine.

The Drahomán Prize winner received a statuette made by Ukrainian sculptor Anna Zvyagintseva, and a honorarium of 3 000 euros. 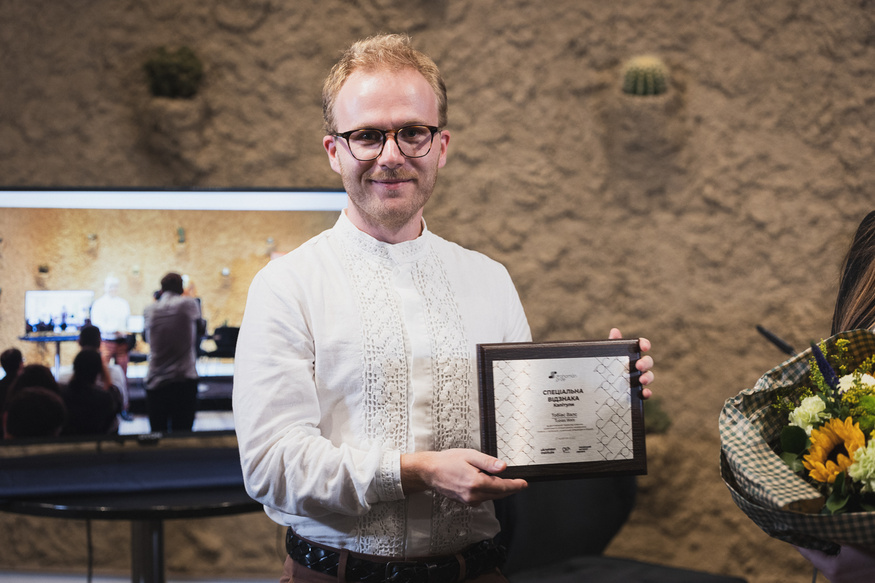 As part of the ceremony, the Special Award of the Chapter "for the filigree translation of the classics of Ukrainian literary modernism and contribution to the promotion of Ukrainian literature in Europe" was also presented. It was awarded to Tobias Wals, a Ukrainian-to-Dutch translator who was nominated by Pegasus Publishers for his translation of the book by the Ukrainian writer Mike Johansen "Dr. Leonardo’s Journey to Sloboda Switzerland with his Future Lover, the Beautiful Alcesta".

"I have only been translating for a few years. For many previous years, it was difficult to promote a Ukrainian book in the Netherlands. Everything has changed only this year, although the reason for these changes is bitter... It is a great honour for me to receive this Special Award," Tobias Wals said in his speech during the ceremony.

The short list of the 2021 Drahomán Prize also included Alessandro Achilli, a translator from Ukrainian into Italian (nominated with a translation of Markiyan Kamysh’s novel "Stalking the Atomic City: Life Among the Decadent and the Depraved of Chornobyl" and Iryna Dmytryshyn, a translator from Ukrainian into French (nominated with the translation of Yurii Andrukhovych’s novel "Lexicon of Intimate Cities").

In total, 20 translators from 15 countries, including Italy, Belarus, Romania, Austria, the Netherlands, Brazil, Poland, France, Hungary, Serbia, Bulgaria, Israel, Latvia, North Macedonia and the Czech Republic, were nominated for the 2021 Drahomán Prize. Diplomatic missions of Ukraine in various countries of the world and foreign publishing houses submitted the most applications. 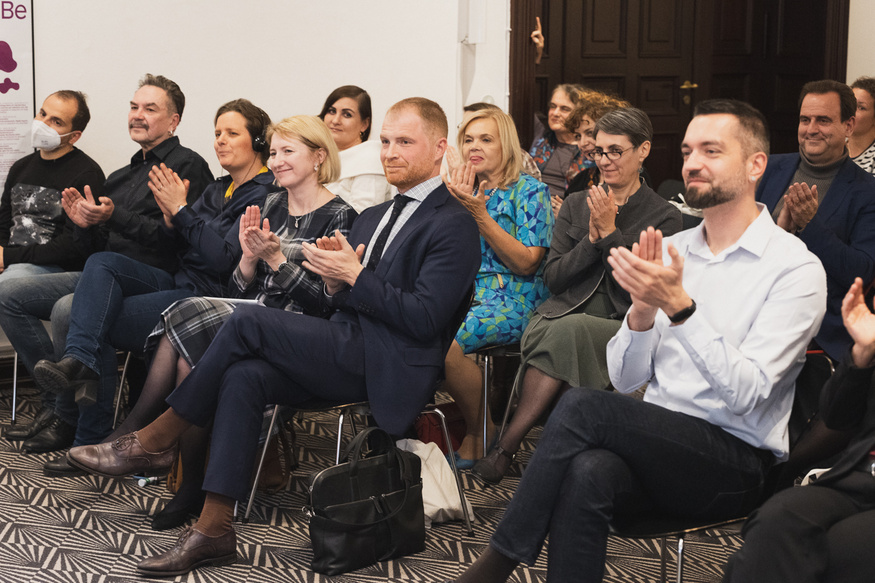 In 2022 the Drahomán Prize is awarded in cooperation between the Goethe-Institut and the Ukrainian Institute as part of a comprehensive package of measures for which the Federal Foreign Office is providing funds from the 2022 supplementary budget to mitigate the consequences of the Russian aggression against Ukraine and is supported by the Embassy of Ukraine in Germany. 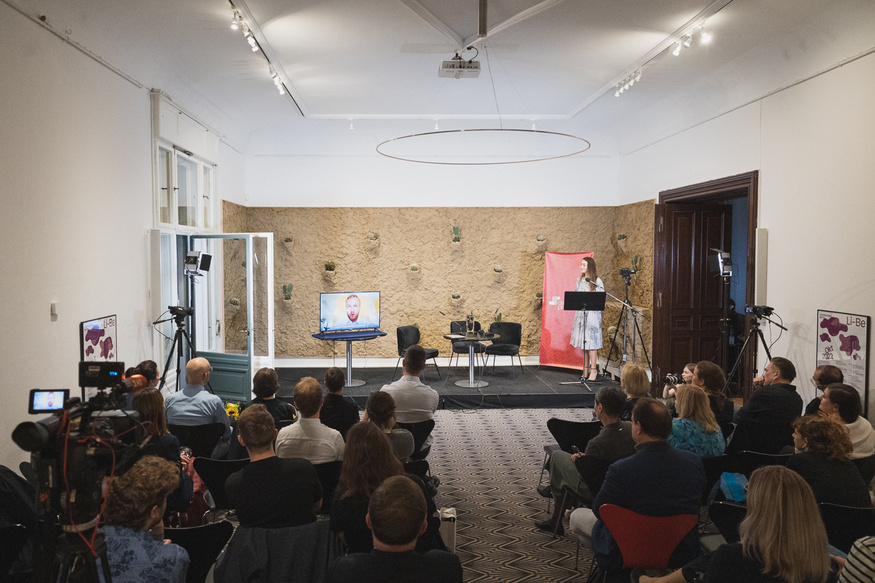 Ukrainian Institute is a public institution affiliated with the Ministry of Foreign Affairs of Ukraine. Its mission is strengthening Ukraine internationally and domestically as a subject using the tools of cultural diplomacy. We promote international connections between people and institutions and create opportunities for Ukrainians to interact and cooperate with the world.

PEN Ukraine is a cultural and human rights NGO uniting Ukrainian intellectuals – writers, journalists, scholars, publishers, translators, human rights defenders, culture managers. With 150 members, it is one of 146 national centres of PEN International. It is a co-founder of the Vasyl Stus Prize, the Yuri Shevelov Prize, and the George Gongadze Prize.

Ukrainian Book Institute is a government entity affiliated to the Ministry of Culture and Information Policy of Ukraine. Its mission is to develop state policy in the book sector, promote book reading in Ukraine, support book publishing, encourage translation activity, and popularise Ukrainian literature abroad.