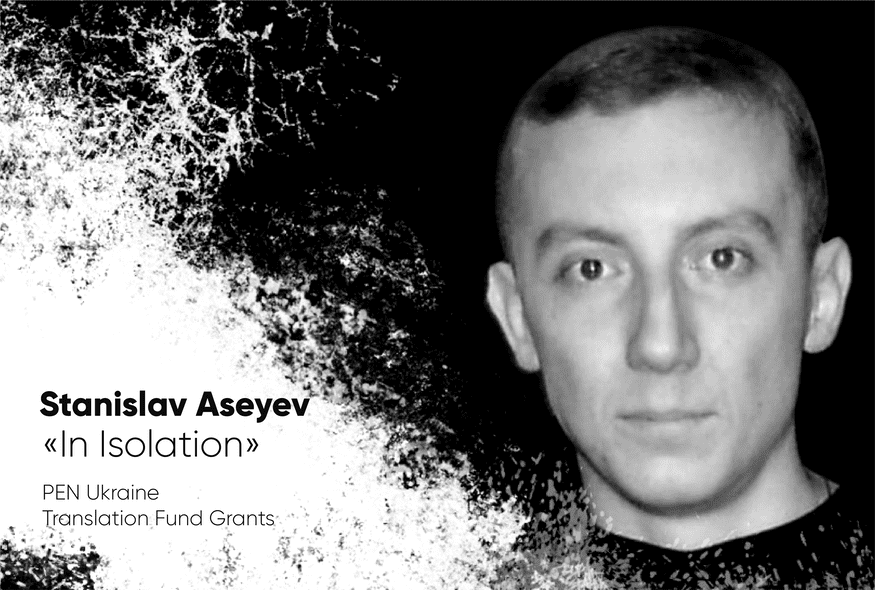 On 10 February PEN Ukraine finalized its call for translators wishing to take part in the contest for translation of Stanislav Aseyev's collected essays In Isolation into the English and German languages.

The Executive Board of PEN Ukraine selected Claudia Dathe and Sofia Onufriv to translate the essays into the German language. The book is to be printed in October 2020 by edition.fotoTAPETA Berlin.

The English-language In Isolation will be in translation by Lidia A. Wolanskyj. The essays are to be released in 2021 by publishing department of the Harvard Ukrainian Research Institute.

This project is being implemented with funding from the International Renaissance Foundation within the mini-grants program PEN Ukraine Translation Fund Grants, which seeks to support translation of works by Ukrainian authors into foreign languages. The grant includes a reward of € 3,000 and refund for the copyright fee. Previously, within the frameworks of this program, translations of Oleg Sentsov’s book of stories had been published in English, German and Polish had been released.

Stanislav Aseyev (Vasin) is a Ukrainian writer and journalist. In May 2017, he was unlawfully imprisoned in Donetsk by pro-Russian separatists of the DPR. In October 2019, it was revealed that the so-called prosecutor of the DPR sentenced Stanislav Aseyev to 15 years of imprisonment accusing him of ‘extremism’, ‘espionage’ and ‘calls to acts aimed at violation of territorial integrity’. In December 2019 Stanislav was released in the prisoner exchange between Ukraine and L/DPR.

In 2018 Radio Liberty published in the Luta Sprava a collection of Stanislav Aseyev’s essays In Isolation describing life in the occupied territory of Donbas written in the period from January 2015 to May 2017 for various publications including Radio Liberty, Ukrainian Week, Ukrainska Pravda and Mirror of the Week. The book contains texts in the Ukrainian and Russian languages. Stanislav is currently working on a new book about his experience in the colony.