He is not forgotten: celebrating Oleg Sentsov’s birhday, his sixht in captivity 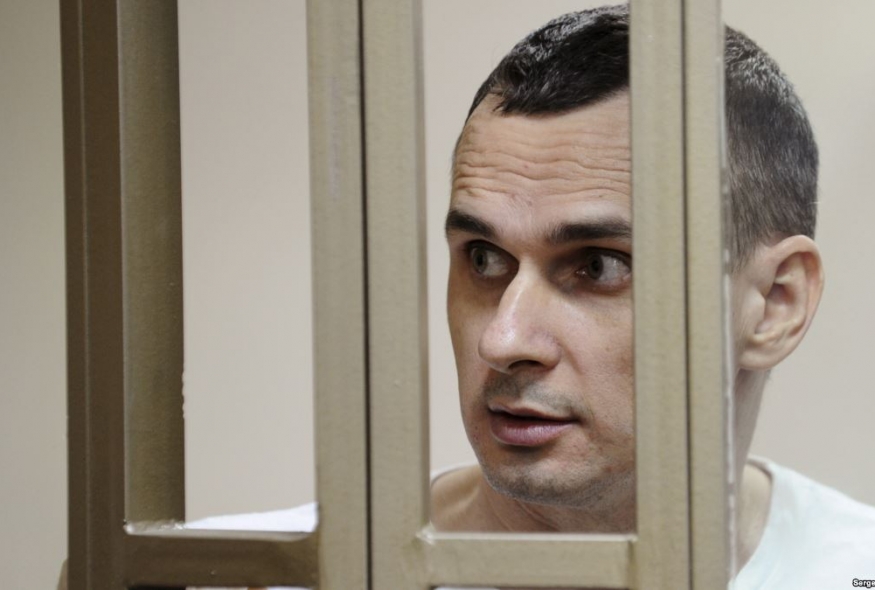 On July 13, Oleg Sentsov will celebrate his 43rd birthday, the sixth one he has spent in Russian captivity.

A filmmaker, writer, and 2017 PEN/Barbey Freedom to Write honoree, Sentsov was arrested in Crimea in May 2014 for allegedly "plotting terrorist acts" following Russia’s illegal annexation of the Ukrainian territory where he lived. Sentsov had been an outspoken critic of the annexation and helped where he could during the Russian takeover of Crimea in 2014, bringing food to Ukrainian soldiers and assisting people in escaping the peninsula when it became particularly dangerous. Sentenced to a 20-year term in a Russian prison camp, Sentsov refutes all the charges against him, and his arrest and trial were marked by allegations of torture and violations of the rule of law by Russian authorities, including the retraction of the testimony of a key witness against him. Many international governments–including that of the United States–believe that he has been convicted on groundless charges in retaliation for his anti-Kremlin views.

We congratulate Oleg on his birthday, which serves as a reminder to the world not to forget him in his plight. PEN America urges the Russian government to release him immediately and unconditionally, and continues to advocate for his case. The PEN/Barbey Freedom to Write Award is a powerful tool in PEN America’s year-round efforts to end the persecution of writers and defend free expression. Of the 43 jailed writers who have received the award since 1987, 39 have been released due in part to the global attention and pressure the award generates.