About
Awards
Projects
News
Publications
Freedom of speech
Events
Opportunities
Autors
Tags
Home|News|Remzi Bekirov, or the repression in occupied Crimea that Russia will use 20-year sentences against journalists to hide
Freedom of speech

Remzi Bekirov, or the repression in occupied Crimea that Russia will use 20-year sentences against journalists to hide 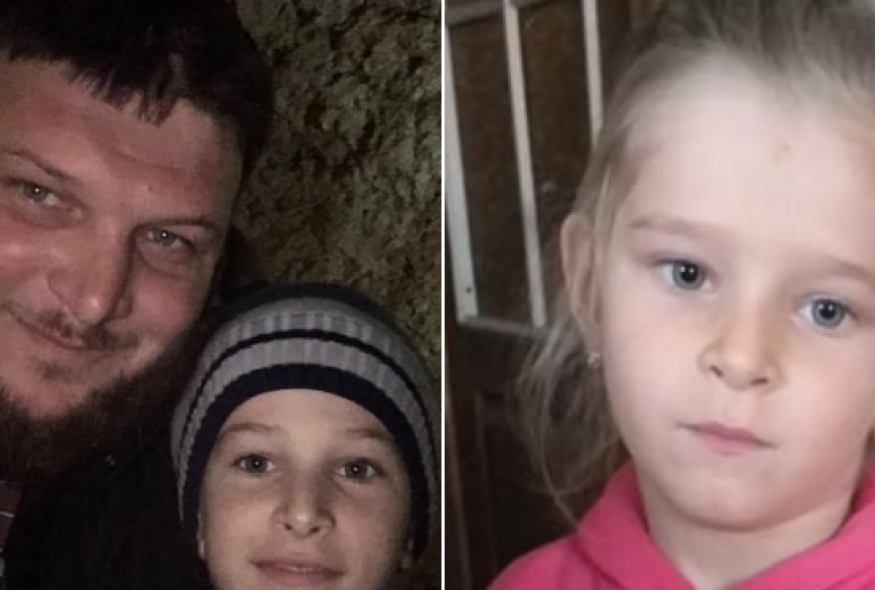 Remzi Bekirov with his son on 8 March 2019, Safiye Bekirova after armed men burst into their hom

Remzi Bekirov, a historian and tour guide by profession, became one of the first Crimean Solidarity civic journalists, reporting on armed searches, arrests and politically motivated trials in occupied Crimea. It was he who streamed information about the detention in early March of Archbishop Klyment and who helped make sure that the mounting repression against Crimean Tatars did not go unnoticed.

His activities and those of all Crimean Solidarity activists, were certainly watched very closely by Russia’s FSB. Bekirov constantly faced relatively minor forms of repression, including brief terms of imprisonment. When that didn’t silence him, the FSB came back again. On 27 March, 2019, he was arrested, together with 22 other Crimean Tatar activists, and is now facing a sentence of 20 years or more.

The Crimean Solidarity civic initiative began in 2016 to help the rising number of political prisoners and their families. Activists, like Bekirov, also created a network ensuring that information about armed searches, etc. was swiftly reported. This was clearly not to Russia’s liking. Detention hearings, often the only chance for family members to see political prisoners, began being held, without any justification, behind closed doors.

This coincided with overtly repressive measures, such as the detentions on 21 February 2017, when Bekirov, Osman Arifmemetov and other Crimean Solidarity activists were jailed for five days simply for standing and streaming information about the armed search of the home of Marlen Mustafaev. The ‘court hearings’ which passed such evidently unlawful rulings were all held without lawyers being present.

Then on 30 March 2017, Bekirov was called into the so-called Centre for countering extremism, purportedly to collect a tablet which had been taken from him.

In the centre, he was detained and presented with a new administrative charge - ‘circulating extremist material’ under Article 20.29 of Russia’s Code of Administrative Offences. The supposed extremist content was a reposted video clip about the ‘Prymorsky Partisans’, a vigilante group that targeted police officers whom they accused of brutality and corruption. The repost itself was from 2009, i.e. seven years earlier and five years before Russia’s annexation of Crimea. Most sinisterly, the repost had been on a VKontakte social media page which Bekirov had deleted earlier that year.

Bekirov was taken from the centre to the Russian-controlled Simferopol District Court, which had, typically, been filled with court employees to prevent the many people coming to show support for Bekirov from attending.

The ‘case’ was presented by Ruslan Shambazov, a senior officer at the ‘Centre’ who has been involved in numerous politically motivated case. Shambazov falsely claimed that Bekirov had gone onto that page a week earlier, although provided no evidence to back this. Despite the absurdity of these charges, Bekirov was jailed for a further 3 days.

Bekirov himself called the measures against him a message to all Crimean Tatars "that they should be frightened, not come out, not be active".

Neither Bekirov nor other Crimean Solidarity activists let themselves be cowered. Bekirov continued providing coverage of repression, and was also a major initiator of efforts to help the families of political prisoners.

The first use of ‘terrorism’ charges of Crimean Solidarity activists began on 11 October 2017, and has continued since. Russia is accusing the men of involvement in Hizb ut-Tahrir, a peaceful pan-Islamist party which has never committed an act of terrorism or violence anywhere in the world, and which is legal in Ukraine. The Russian Supreme Court declared it ‘terrorist’ in 2003 at an effective secret court hearing and has never provided grounds for considering the movement to be ‘terrorist’.

The arrests on 27 March 2019 were a particularly brazen attack on Crimean Solidarity, with all of the men, including Remzi Bekirov, civic journalists or activists. Bekirov was not at home that morning when armed and masked FSB and National Guard men burst into at least 24 homes in Crimea. He, fellow Crimean Solidarity civic journalist Osman Arifmemetov and activist Vladlen Abdulkadyrov were seized in a café late in the evening on 27 March. Bekirov has told his lawyer Edem Semedlyaev that all the men were savagely beaten, Arifmemetov so badly that he briefly lost consciousness. They were then taken to a forest where they were again beaten, before being transported for six hours, handcuffed and with their arms behind their back to Simferopol. After a Russian-controlled ‘court’ remanded him and the others in custody until 15 May, all the men were secretly taken by plane to Rostov-on-Don where they are being held in separate SIZO [remand prisons].

All the civic activists are charged either with ‘organizing a Hizb ut-Tahrir cell’ [Article 205.5 § 1 of Russia’s criminal code], or with the less serious charge of ‘involvement’ in such a group [ Article 205.5 § 2]. These cases are truly shocking, since no proof at all is required of either Hizb ut-Tahrir or the men ‘on trial’ having ever committed any crime. No evidence is, in fact, even required that the men are members of Hizb ut-Tahrir, since Russia uses ‘experts’ who will always be prepared to provide the ‘assessment’ required, and ‘secret witnesses’ who can have been tortured or paid into testifying to having heard the men talk about Hizb ut-Tahrir.

For this, men charged with ‘organizing a cell’ can face sentences of 20 years or even life, while those accused of ‘involvement’ are likely to get 10-20 years.

The reasons why one person is accused of ‘organization’, another of ‘involvement’ seem either simply arbitrary, or positively sinister.

Bekirov was a major force within the Crimean Solidarity movement. He worked tirelessly to report on repression and had, at the beginning of March this year, become an accredited correspondent for the independent Russian Internet publication Grani.ru.

He is now facing the more serious ‘organizer’ charge and, potentially, a life sentence.