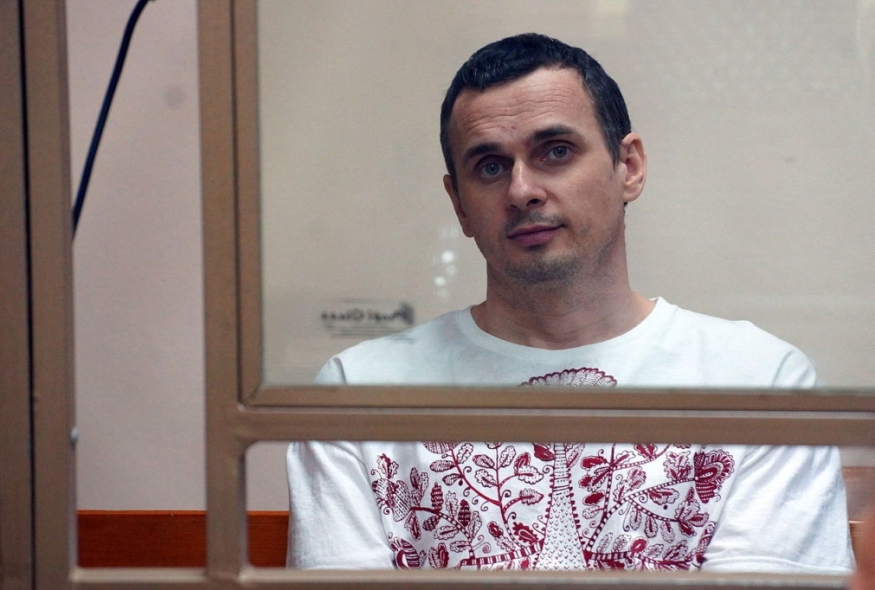 Ukrainian Ombudswoman Lyudmyla Denisova says "rapid actions" are needed to save the life of Ukrainian filmmaker Oleh Sentsov, who has been on a hunger strike in a Russian prison for nearly three months.

Denisova wrote on Facebook on August 9 that she talked with her Russian counterpart, Tatyana Moskalkova, about the situation around Sentsov, offering several ways to save the man, including possibly exchanging Sentsov for a Russian citizen jailed in Ukraine.

Meanwhile, the Organization for Security and Cooperation in Europe's (OSCE) media-freedom representative, Harlem Desir, said on Twitter that he was "very alarmed by the deteriorating health" of Sentsov and reiterated his calls for call for the filmmaker's release.

Amid growing concerns about his condition, which his cousin has described as "catastrophically bad," Reuters news agency quoted a source in the Elysee Palace as saying that French President Emmanuel Macron will speak with his Russian counterpart, Vladimir Putin, over the phone on August 10 about Sentsov. It did not prove further details.

Sentsov, 42, is being held in a penal colony in the city of Labytnangi in Russia's northern region of Yamalo-Nenets, where he has been on hunger strike since mid-May to demand that Russia release 64 Ukrainian citizens he considers political prisoners.

A vocal opponent of Russia's 2014 annexation of Crimea, he was sentenced in 2015 for conspiracy to commit terrorist acts, charges he and human rights groups say were politically motivated.

After the annexation of Ukraine's Crimea in 2014, Russia issued a law under which all the residents of the region automatically became citizens of Russia unless they officially denounced Russian citizenship, which Sentsov never did.

Denisova also wrote that she asked Moskalkova to at least arrange Sentsov's transfer by plane to a Moscow clinic because of his extremely precarious health state.

"I told [Moskalkova] that [Sentsov] will not make it to Moscow by train and he needs to be airlifted. It is necessary to save the man's life," Denisova wrote, adding that a letter by Sentsov's mother asking Russian President Vladimir Putin to pardon her son had been handed to Russia's Special Commission for Clemency.

The Ukrainian ombudswoman later released photos of Sentsov that she said were provided by her Russian counterpart.

Kremlin spokesman Dmitry Peskov said on August 9 that the presidential office received the letter but refused to comment further.

On August 8, Sentsov's cousin, Moscow-based journalist Natalya Kaplan, wrote on Facebook that she received a letter from Sentsov through a lawyer who had visited him the previous day.

"He wrote that the end is near -- and he wasn't talking about his release," she added, suggesting that he thinks he is close to dying.

Sentsov's lawyer, Dmitry Dinze, said after visiting him that his client had lost some 30 kilograms and has a very low hemoglobin level, resulting in anemia and a slow pulse of about 40 heartbeats per minute.

Several groups have called on Putin to pardon Sentsov, but Peskov said earlier that the Ukrainian film director would have to ask for a pardon himself before it could be considered. Sentsov has so far said he would not ask for a pardon.