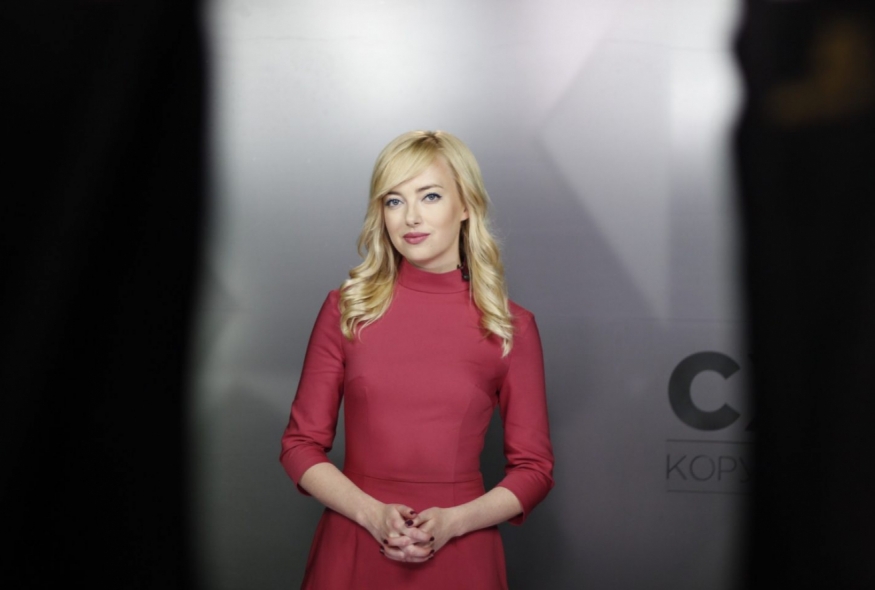 A court warrant allowing Ukraine’s Prosecutor General’s Office access to the mobile telephone data of a journalist who has exposed the authorities’ corruption has elicited outrage and succeeded only in placing Ukraine’s respect for press freedom in question. Natalya Sedletska reports that her sources remain protected, and her experience will teach other journalists only to distrust the authorities as she has clearly done and take precautions.

Sedletska is presenter of the Skhemy or Schemes: Corruption in Detail Program, a joint project of Radio Svoboda (the RFE/RL Ukrainian Service] and the state-owned UTV-1. The program’s investigative journalists regularly expose corrupt dealings, the very expensive holidaying by Prosecutor General Yuri Lutsenko and his family; the suspiciously expensive cars driven by employees of the SBU [Security Service], Interior Ministry, etc, and many other inconvenient revelations. They have also faced excessive surveillance over recent years, or even attacks, with efforts to get criminal charges brought against their assailants often blocked by the prosecutor. All of this should have been sufficient reason for making the Prosecutor General and his subordinates think hard about the impression they would create by applying to the Pechersk District Court in Kyiv for a warrant enabling investigators to examine mobile phone data covering the last 17 months. The warrant was duly obtained on 27 August, and allows access to information about incoming and outgoing telephone calls and text messages, as well as about the location of the telephone itself.

The court warrant raises questions about how much real evidence the investigators have for such allegations, as well as directly contradicting Ukrainian law which defends journalists’ right to protect their sources. The warrant, RFE/RL has explained, was obtained after Sedletska refused to answer the investigators’ questions, citing this law.

Instead of respecting this, the investigators have obtained a warrant which gravely infringes the journalist’s right to privacy and could jeopardize whistle-blowers exposing information of public concern about corruption.

Given the kind of scandals that Sedletska and her colleagues have exposed, it is, unfortunately, quite likely that the intention is to deter potential whistle-blowers by showing that their identifies may be revealed.

In fact, Sedletska has clarified this point. She explains that she has never sent text messages by phone to her sources, and has never, in fact, communicated with them by open mobile phone connection. She used protected, encrypted channels, and says that these the law enforcement bodies will not be able to get access to. "No Pechersk Court will help them".

She is convinced that those targeted in the program’s investigations are dying to know who exposed them. She goes on to say that "Over the 17 months, during which the Prosecutor General’s Office investigator will have data about my calls, text messages and the location of the phone, our editorial office has published material with exposures about the Prosecutor General Yuri Lutsenko himself; about President Poroshenko; Interior Minister (Arsen) Avakov; Prime Minister (Volodymyr) Groysman; (Rinat) Akhmetov; (Dmitry) Firtash; (Yulia) Tymoshenko; (Viktor) Medvedchuk" and others". She stresses that the list is very long, and added to on a weekly basis.

Sedletska cannot exclude the possibility that illicit surveillance has already been carried out, and that this court warrant is a ruse to make it possible to officially use evidence illegally obtained.

If she is telling the truth, and if the Prosecutor General’s Office ignores calls from media and human rights organizations to scrap these plans, the sanctioned snooping will infringe her right to privacy but not achieve the stated aim.

Nor will it stop the Skhemy team from carrying out their investigations. They have issued a statement, saying that they view the court’s decision "as not only flagrant interference in the private life of a Ukrainian citizen, but as pressure on an independent journalist.

The Posecutor General Yuri Lutsenko and his subordinates have on several occasions been the focus of Skhemy’s investigative program, they say, adding that they have grounds for believing that this Prosecutor General’s Office investigation and the court ruling are expressly intended to exert psychological pressure and to obstruct journalists’ professional work.

The damage to Ukraine’s standing in the world will also be great. There has long been concern about measures against anti-corruption activists and impunity for those who attack investigative journalists or activists.

This court warrant is, as RFE/RL spokesperson Johanna Levison said: "inconsistent with Ukraine’s own commitments to promote and protect a free press. It creates a chilling atmosphere for journalists and should be nullified,"

That position has been echoed by representatives of Ukrainian media and human rights groups, and by the New York-based Committee to Protect Journalists.

Oksana Romanyuk, Director of the Institute for Mass Information, said that we are dealing with "the threat or violation of the right of a journalist to protect his or her sources of information which is guaranteed by Ukrainian legislation, and also psychological pressure on journalists. Such actions can act as a negative signal to other investigative journalists and generally undermine the principles of freedom of speech and of protection of sources of information."

A CPJ spokesperson stated that "The Kyiv court’s decision to grant prosecutors access to Natalie Sedletska’s phone records is an affront to the principle of press freedom that the Ukrainian government purports to uphold. Protecting sources is at the heart of newsgathering, and we call on prosecutors to stop this overreach so that journalists can safely do their work of holding the powerful to account."

There are likely to be many more such statements, expressing concern about Ukraine’s commitment to fundamental standards of press freedom unless the Prosecutor General’s Office backs down and abandons such a retrograde plan.