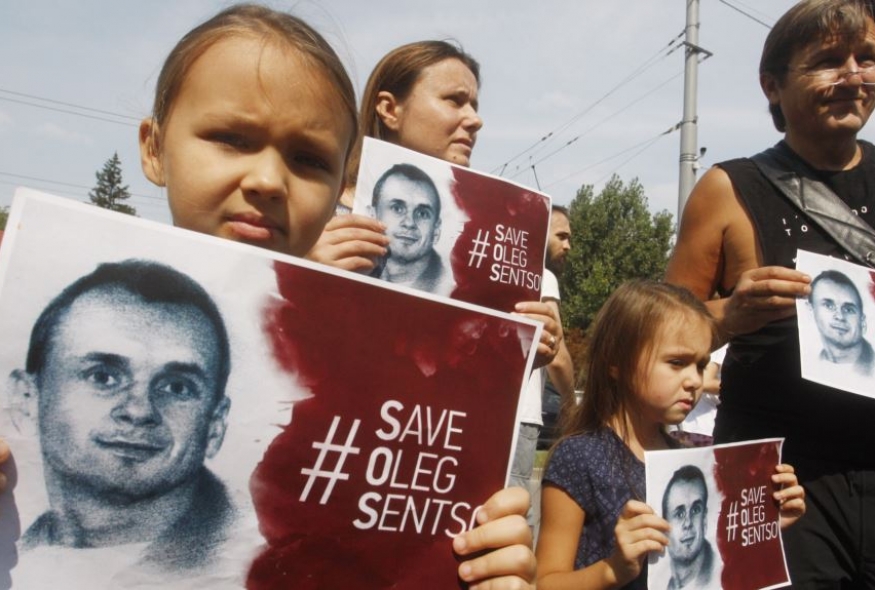 PEN International and English PEN sought to deliver over 200 messages of solidarity from around the word, including from high-profile writers and supporters to the Russian embassy in London. PEN International members stood outside the embassy with representatives from English PEN, Amnesty International, the Save Sentsov Campaign and the Free Belarus Theatre. As predicted, the protesters were not allowed inside the embassy but read out Oleg’s short story Testament, as well as messages of solidarity in English, Russian and Ukrainian. Photos and videos of the event are available on PEN International’s twitter account.

Finnish PEN collected hundreds of signatures from members and supporters in Finland; calling on the Russian authorities to release Oleg immediately, to respect his human rights at it pertains to hunger strike, and to grant him access to correspondence. They also issued an open letter to President Sauli Niinistö in the lead up to today’s meeting with Putin.

The Free Word Association published a powerful statement, signed by 60 members of the organisation, which they shared with to Oleg Sentsov. They further stood in Pushkin Square in solidarity with Oleg.

German PEN sent a letter to the Russian embassy in Berlin. On 17 August, they issued an open letter in the lead up to Angela Merkel’s meeting with Putin.

Norwegian PEN sent a letter to the Russian embassy in Olso and requested a meeting. They reached out to the Norwegian Foreign Minister and Norwegian MPs, mobilized the press and collected messages of solidarity.

PEN Canada collected over 200 letters of support to send the Russian consulate in Toronto. They read Testament and messages of solidarity.

PEN Denmark collected messages of solidarity and sought to deliver them to the Russian embassy in Copenhagen. 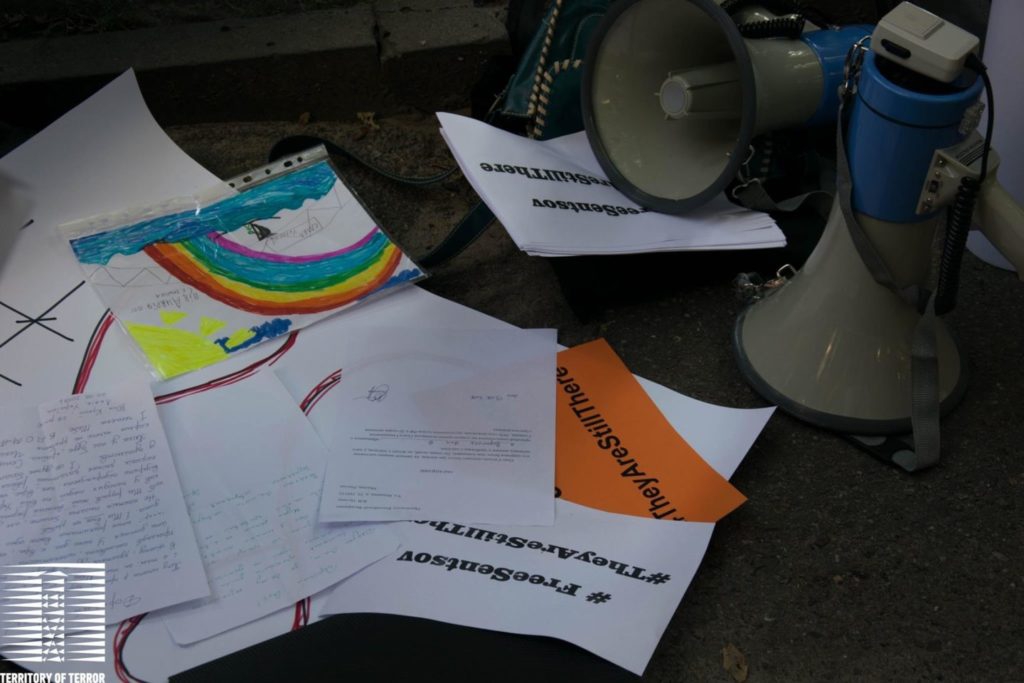 PEN Netherlands requested a meeting with the Russian embassy and mobilized members and supporters on social media.

Romanian PEN sent a letter to the Russian embassy Bucharest and wrote to Vladimir Putin.

Swedish PEN collected messages of solidarity and sought to deliver them to the Russian embassy in Stockholm. They were not granted a meeting but mobilized the press and notably published an article in Sweden’s biggest newspaper.