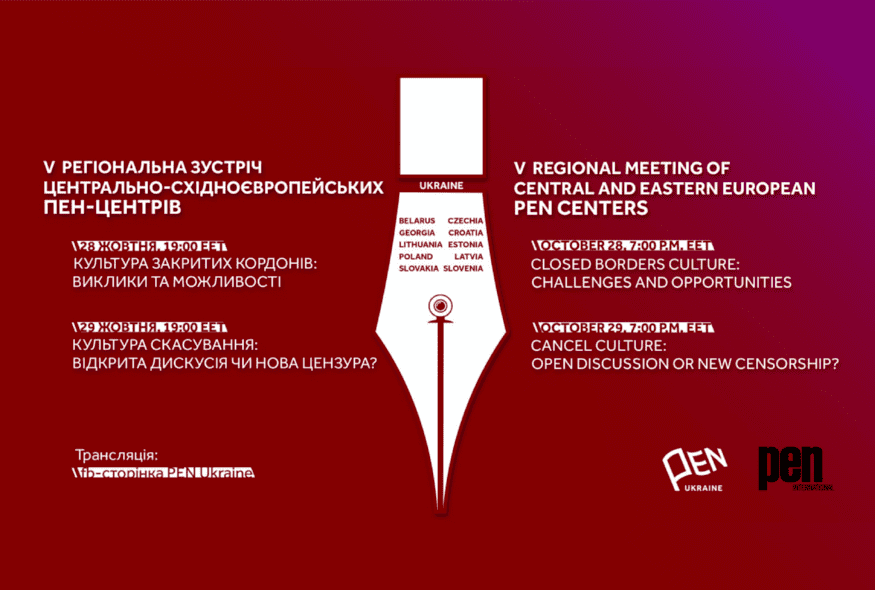 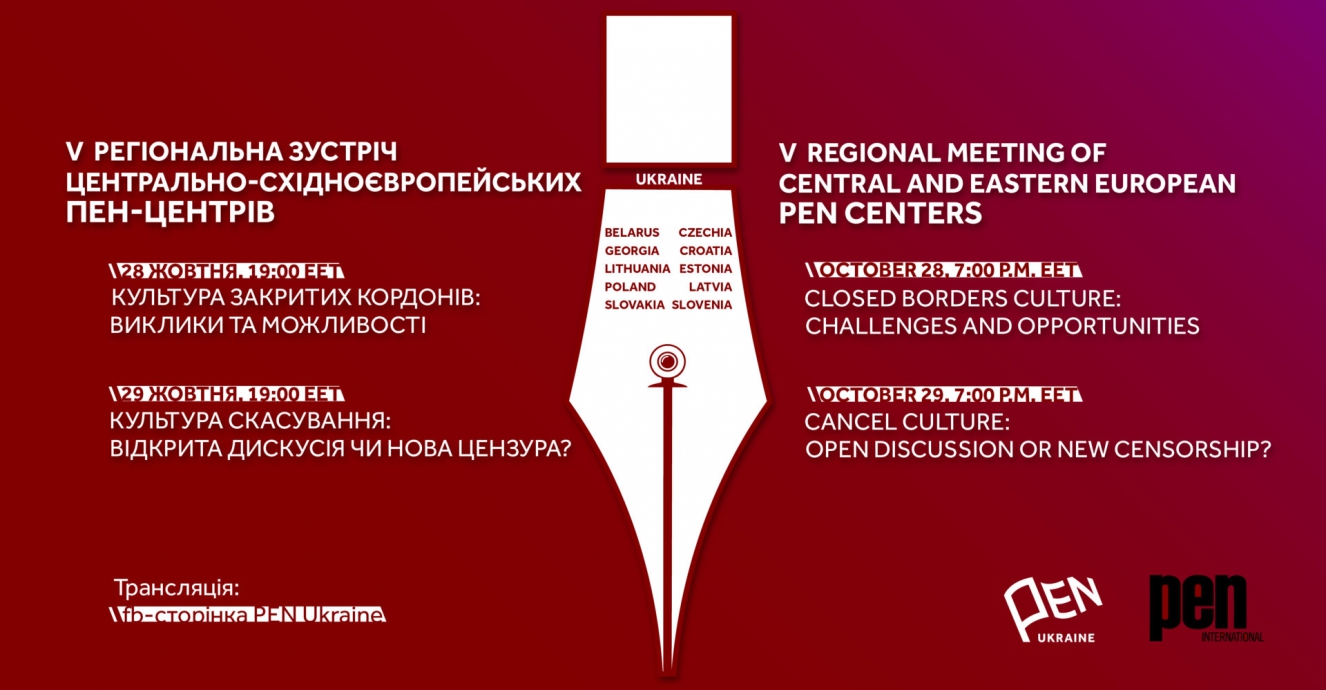 On October28-29 PEN Ukraine is organizing a number of public discussion panels within the frameworks of the V Regional Meeting of Central Eastern European PEN Centers. Due to the quarantine this year the event takes place online on Facebook pages of PEN Ukraine and PEN International.

In the course of the event writers, translators, academics and intellectuals from different countries are going to discuss the threats that artists and the culture sector have faced in the pandemic, and contemplate the impact of the global quarantine on the cultural processes in future.

Schedule and description of panels:

The speakers of the discussion panel represent the countries which just some 30 years ago left the Eastern Bloc having first undermined the "iron curtain". In the spring of this year due to introduction of the quarantine restrictions we have once again faced closed borders. For many people these restrictions have caused unpleasant associations with years of the past, which as it seemed had long been gone. Can we draw parallels between closed borders in our totalitarian past with those we have faced due to the pandemic? What impact will this "closing" have on the cultural sector? And at the same time, what communication and project related opportunities have we discovered owing to this new global crisis?

Cancel culture is another challenge artists have faced in times of social media. At first, the culture and media communities raised alarm that social media was turning into a primary platform for manipulation, fake news and disinformation. And while we were fighting with these threats, we did not notice that deceptive freedom of speech that this new "media" supposedly offers to users is turning into a censorship tool. Using the ability to express their beliefs and assessments with hardly any restrictions and engage endless "armies" of followers (or bots) in their support, the Internet users are capable of publicly condemning (canceling) any person, event or organization, seemingly wrong to them. Occasionally, mass campaigns of such kind can end arbitrariness of politicians or statesmen, but at the same time artists, cultural and human rights organizations across the globe are becoming victims of cancel culture. And the most dangerous thing in such situations is that social media, the pull of which are emotions, instantaneously triggers tools of conflict and scandal leaving no place for reasoned discussion. Can this phenomenon be considered a new form of censorship? And can we counteract this dangerous tendency?

Language of events is English.

Livestreaming of the discussion panels will be held on Facebook page of PEN Ukraine. Join the event here. 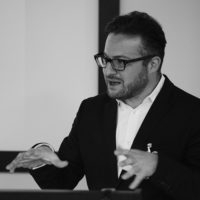 Zaal Andronikashvili (Georgia) is a research fellow at the Center for Literary and Cultural Studies in Berlin, Professor at the Ilia-State-University, Tbilisi, nonfiction writer and blogger. He studied History and Philology in Tbilisi and Saarbrücken and completed his PhD at the Göttingen-University (2005). He is writing about history and theory of literature and culture and comments about Georgian politics. 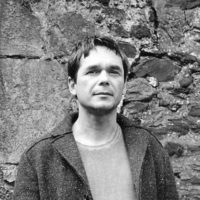 Tomica Bajsić (Croatia) is a poet, artist, and literary travel writer. He studied at the Academy of Fine Arts in Zagreb and has published five poetry books, two prose books, and two picture books. He has been the recipient of numerous national awards for poetry and recently showed two photography exhibitions in Zagreb: Amazon Breathes and Brazilian Rainforest. His most recent poetry collection with drawings, Nevidljivo more / Invisible Sea, was awarded the Croatian Ministry of Culture’s highest literary merit in 2019. He serves as president of the Croatian PEN Center and coordinator of Lyrikline, a multilingual poetry platform in Croatia. 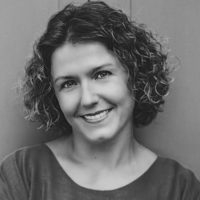 Kateryna Botanova (Ukraine/Switzerland) is a cultural critic, curator and editor. Since 2014 she has been co-curating a multidisciplinary cultural festival CULTURESCAPES in Switzerland and editing the festival publications. In 2015-2016 she created and was an editor-in-chief of the cultural section of Ukrainska Pravda online media. In 2010 she created an online journal on contemporary culture Korydor and was its editor-in-chief till 2015. In 2009-2015 she was a director of CSM/Foundation Center for Contemporary Art in Kyiv. Editor of publications on sociocultural topography of countries and regions around the world. Author of numerous articles and essays in published in Ukrainian and European press. 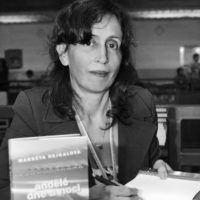 Marketa Hejkalová (Czech Republic) is a writer, translator, publisher, vice chairman of the Czech PEN Center, an active member of PEN International and founder of the Autumn Book Fair, which is the second largest book fair in the Czech Republic. She studied Finnish and Russian at Charles University in Prague. She worked as a consultant and cultural attaché at the Czech Embassy in Helsinki. Since 2009, she has worked at the Czech Ministry of Foreign Affairs. Marketa Hejkalová has written novels, short stories and nonfictional books, which have been translated into several languages. Some of her works are: "Always a night", "The magician of Beijing", "Evidence of her life" (for our readers: A Kosovar in my life), etc. 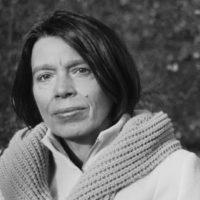 Ola Hnatiuk (Ukraine/Poland) is Vice President of PEN Ukraine. She is a researcher, essayist, translator of fiction and humanities, editor of nearly 30 books (both fiction and nonfiction). In 1992 she completed her PhD. In 2004 she earned a Doctor of Humanities at the University of Warsaw. Her books "Farewell to the Empire: Ukrainian Discussions on Identity" and "Courage and Fear" received prestigious awards: Jerzy Giedroyc Prize (2003), Eastern Review Award (2004), Polish PEN Center Award. She is a professor of the University of Warsaw and Kyiv-Mohyla Academy. She participated in a range of research and didactic programs, including international ones. She supervised fellows of the Polish government and the Minister of Culture scholarship programs. 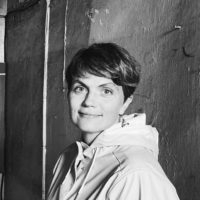 Inga Gaile (Latvia) is a writer, author of four novels and a collection of short stories. She also wrote six poetry collections and a collection of children's poetry. In her works "she explores the inner states of being, her own experiences, everyday lives of women, as well as stigmatized groups of society" (latvianliterature.lv). Inga Gaile is the president of Latvian PEN center. From 2014 she organizes Women standup and regularly participates in it. In 2016 her first novel The glass shards was published. In 2017 her first detective novel Invisibles was published. In 2018 a collection of short stories Ways of milk was released. In 2019 her novel The Beautiful ones received Latvian literature award as the best novel of the year. She has also translated works of Russian speaking poets into Latvian. Her poems have been translated into English, German, Swedish, Polish, Lithuanian, Bengali and other languages. 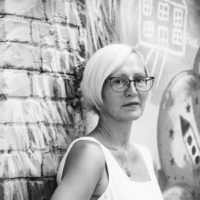 Kätlin Kaldmaa (Estonia) is an Estonian poet, writer, translator and literary critic. She has published four collections of poetry – Larii-laree, One is None, Worlds, Unseen and The Alphabet of Love –, three children’s books, a novel No Butterflies in Iceland, and a short story collection The little sharp knife. Her poetry has been translated into more than 30 languages and her collections have been published in English, Finnish, Slovenian and Spanish. She has written extensively on literature and translated more than 80 works of world’s best literature. In 2012 she won the annual Friedebert Tuglas short story award. Kätlin Kaldmaa is the International Secretary of PEN International. She is currently working on her fifth collection of poetry and on her second novel. 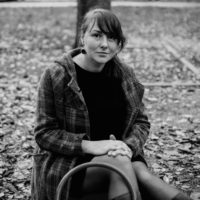 Maryja Martysevič (Belarus) is a Belarusian poet, writer and literary translator from Czech, English, Polish and Ukrainian. She works on various cultural projects, acts as a literary event organizer. Since 2017 she runs Amerykanka independent book series. Since 2019 she is the 3rd vice-president of Belarusian PEN-Centre. She published three books: Cmoki latuć na nierast: ese ŭ vieršach i prozie (Dragons Fly to Spawn: Essays in Poetry & Prose) in 2008, Ambasada: vieršy svaje i čužyja (The Embassy: Poetry Own and Borrowed) in 2011 and Sarmatyja (Sarmatia) in 2018. She lives in Minsk. 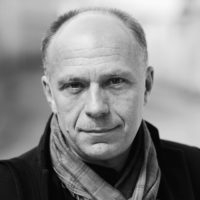 Almantas Samalavičius (Lithuania) is a full professor at Vilnius Gediminas Technical University, Department of Architectural Fundamentals and Theory and Chief research associate at the Institute of Architecture. Simultaneously he is professor at Vilnius University, Faculty of Philology. He is the author of 12 books on various topics and an editor of more than ten volumes of academic articles and essays published in Lithuania, United Kingdom and USA. He was a visiting professor and scholar at Illinois University at Chicago (USA), Helsinki University (Finland), Kyungpook National University (South Korea), Seville University, Alcala University, University Des Payes Vasco, (Spain), Florence University, IUAV University and Rome ‘Sapienza‘ University (Italy) and Diponegoro University (Indonesia). He is the editor in chief of the Journal of Architecture and Urbanism and Lituanus Quarterly (Chicago, USA) and associate editor of Lithuania‘s largest cultural monthly Kultūros barai. He previously served for two terms as president of Lithuanian PEN and is now a member of its Board. He has a PhD in architectural history and theory. 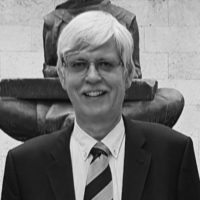 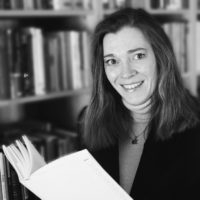 Tanja Tuma (Slovenia) is a writer, member of Slovene PEN. After a successful career in publishing, she has turned to writing historical fiction. She is the author of Winds of Dalmatia (2013), Tito’s Legacy (2019), the first two books in the Balkan Trilogy. In 2015, she published her first novel in Slovenian about the Slovenian Civil War 1941-45, later also in English White and Red Cherries. Her latest novel Going my Way (2020) addresses a modern-day issue of dying and the right to end life. Tanja joined Slovene PEN in 2014 and was active as its general secretary, led Slovenian Women Writers’ Committee Mira for five years and is active on the board of the PIWWC. 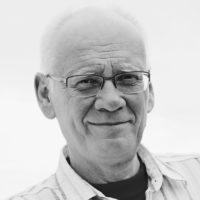 Adam Szostkiewicz (Poland) is a Polish author, commentator on religion and politics, journalist and translator. He is often quoted and interviewed on modern religious issues. Occasionally his work appears in openDemocracy.net. His translations include Eichmann in Jerusalem by Hannah Arendt, co-translations of two volumes of Ko Un's poems, and a co-translation of a book of poetry by Gary Snyder. In 2014, President Bronisław Komorowski awarded him the Officer's Cross of the Order of Polonia Restituta for outstanding achievements in the democratic transformation of Poland as well as for his contribution to the development of free media and independent journalism.

November 14, 2018
452
Empty Chairs. Campaign in support of Ukrainian hostages of Kremlin
September 3, 2018
455
Toxic Propaganda vs. Freedom of Speech: What Literature Can Do in the Post-Truth Era? Regional meeting of the Central East European PEN Centers and Podiumdiskussion in Chernivtsi
May 6, 2021
442
The Countries Between Us: PEN Ukraine and PEN America are organizing an online literary event
March 30, 2022
291
Call the War а War: Russian crimes against media in Ukraine since February 24, 2022
Support our work 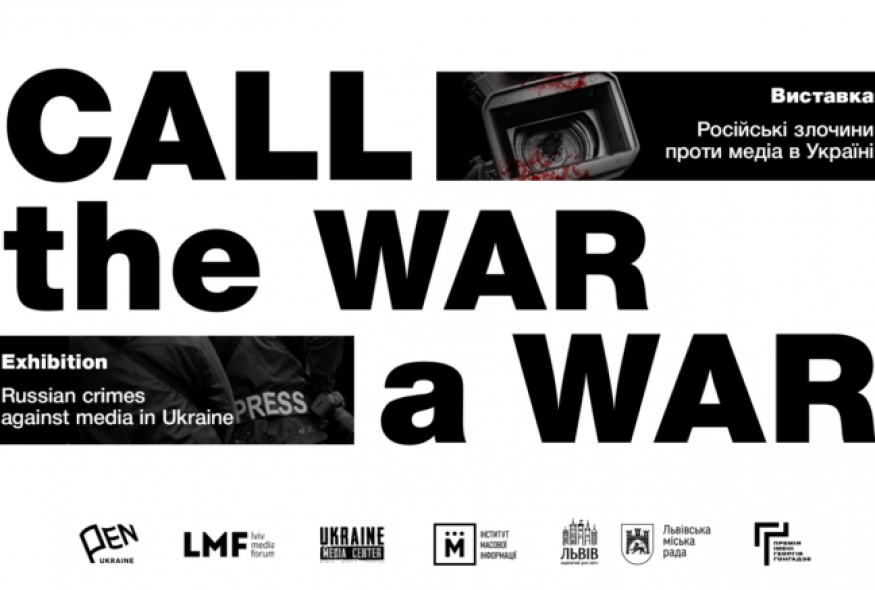 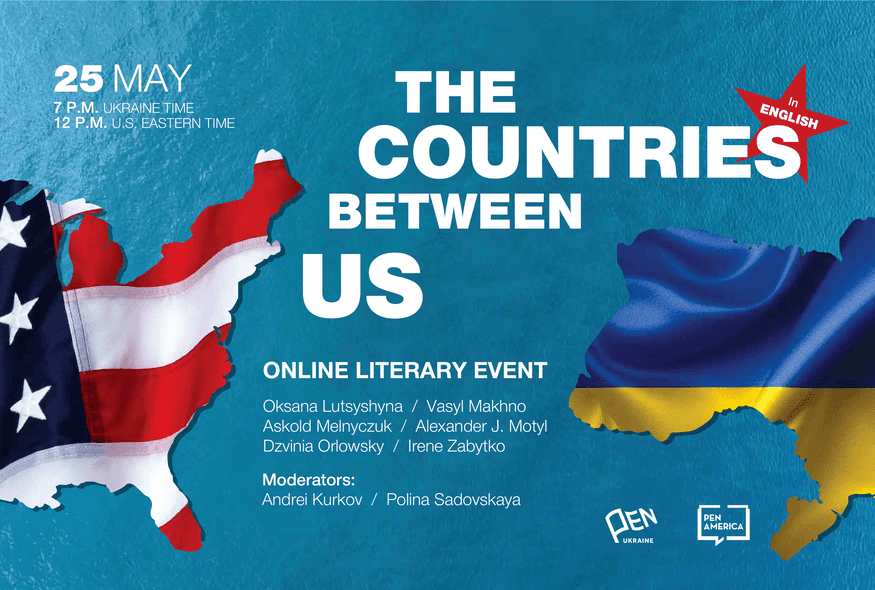 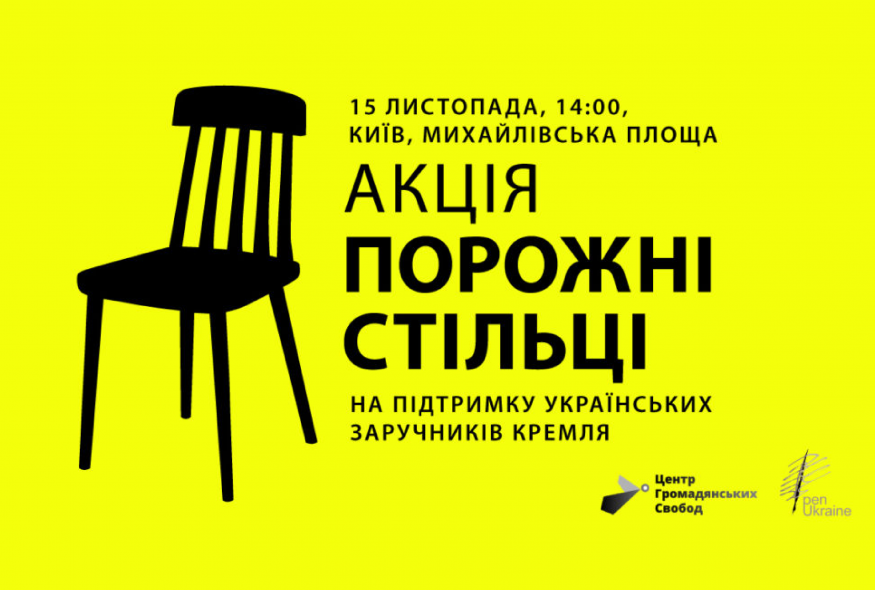