The first laureate of the Drahomán Prize—an award for translators from the Ukrainian—is the German translator Claudia Dathe. The name of the winner was announced during the awards ceremony held on April 23 at the Theater on Podil in Kyiv.

Claudia Dathe (Germany) is a translator working from Ukrainian into German. She coordinates literary translation projects at the University of Tübingen. Thanks to her, Serhiy Zhadan, Oleksandr Irvanets, Tanja Maljartschuk, Viktor Neborak, Maria Matios, Andriy Kurkov, Natalia Vorozhbyt and many more Ukrainian authors have a German voice. For the Drahomán Prize, she is nominated with translations into German of Serhiy Zhadan’s poetry collection Antenna (Suhrkamp Publishing House) and Oleksiy Chupa’s novel Tales of My Bomb Shelter (Haymon Publishing House).

“For a long time now, Claudia Dathe invariably goes immeasurably far beyond the description of a “fairly good translator.” Exemplary excellence, exceptional competence, legendary efficiency, dedication, width of horizons, expertise in Ukrainian literature—even more so, immaculate insider knowledge of its processes—all define her translation oeuvre. Devoting not only her work, not just her vocation but all her life to Ukrainian literature means a great deal and demonstrates aplenty. It demonstrates remarkable vital spirit for so evidently dedicating herself to Ukrainian literature can hardly be related to hope for international glory, wealth and universal recognition. Claudia Dathe is probably the first contemporary who succeeded not just in balancing the assumed disadvantage but in converting it into a distinct and compelling merit—for herself, the field, literature and translation,’ member of the Jury, translator Yurii Prokhasko elaborated on the judges’ decision. 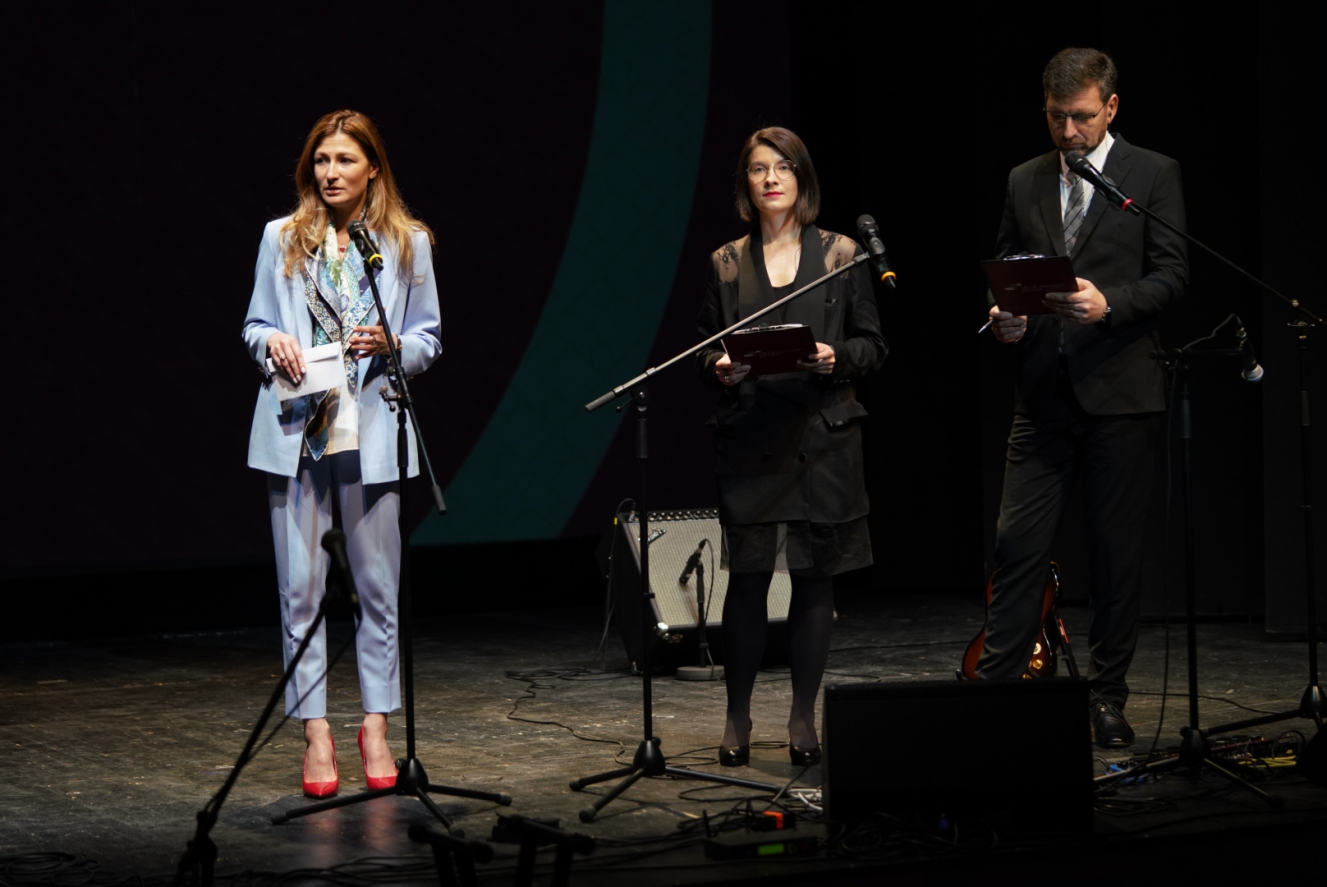 The name of the winner was announced by First Deputy Minister of Foreign Affairs of Ukraine Emine Djaparova. Ukraine’s Minister of Culture and Information Policy Oleksandr Tkachenko opened the ceremony. The ceremony was attended by executives of the founding organizations: General Director of the Ukrainian Institute Volodymyr Sheiko, President of PEN Ukraine Andriy Kurkov, and Director of the Ukrainian Book Institute Oleksandra Koval. Since the finalists could not come to Kyiv due to the quarantine, the awards were given to diplomatic representatives of their countries: Ambassador Extraordinary and Plenipotentiary of the Federal Republic of Germany to Ukraine, Anka Feldhusen; Director of the Czech Center in Kyiv, Radka Rubilina; PR Manager at the Polish Institute in Kyiv, Julia Stakhivska.

The Prize laureate received a statuette by Ukrainian artist and sculptor Anna Zvyagintseva and a €2,000 cash prize.

Within the Drahomán Prize awards ceremony, Imadeddine Raef, a translator from Ukrainian into Arabic, was honored with the Jury’s Special Award “for excellence in translation and promotion of Ukrainian classical literature.” He was nominated for the Drahomán Prize by Ukraine’s Embassy in the Lebanese Republic with translation of Beirut Stories authored by Agatangel Krimsky. 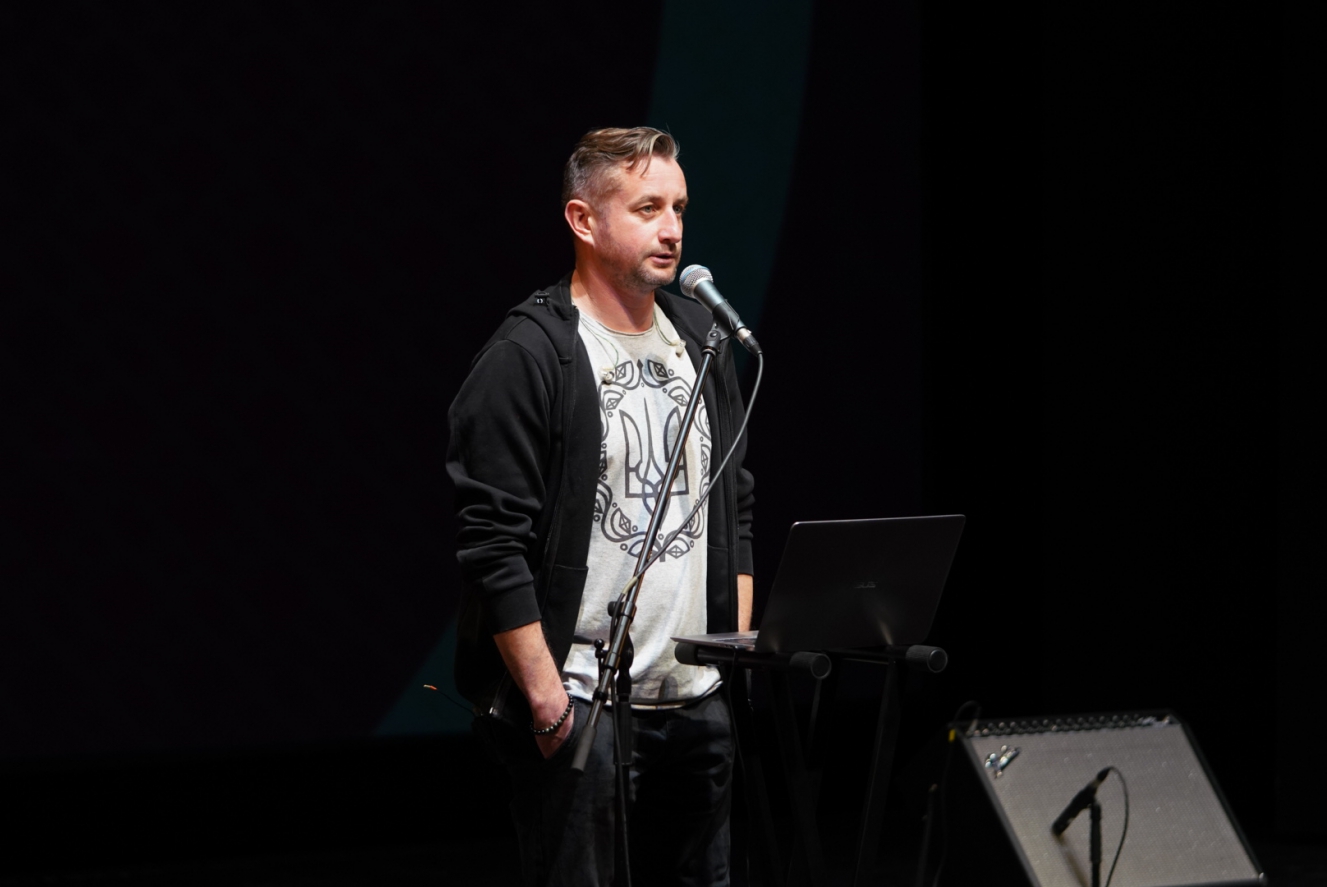 The hosts of the ceremony were journalists Iryna Slavinska and Vadym Karpiak. Members of Mannerheim Line musical project, writer Serhiy Zhadan and musicians Oleh Kadanov and Yevhen Turchynov, were invited as special guests. They performed compositions based on Serhiy Zhadan’s poems in Claudia Dathe’s German translation. 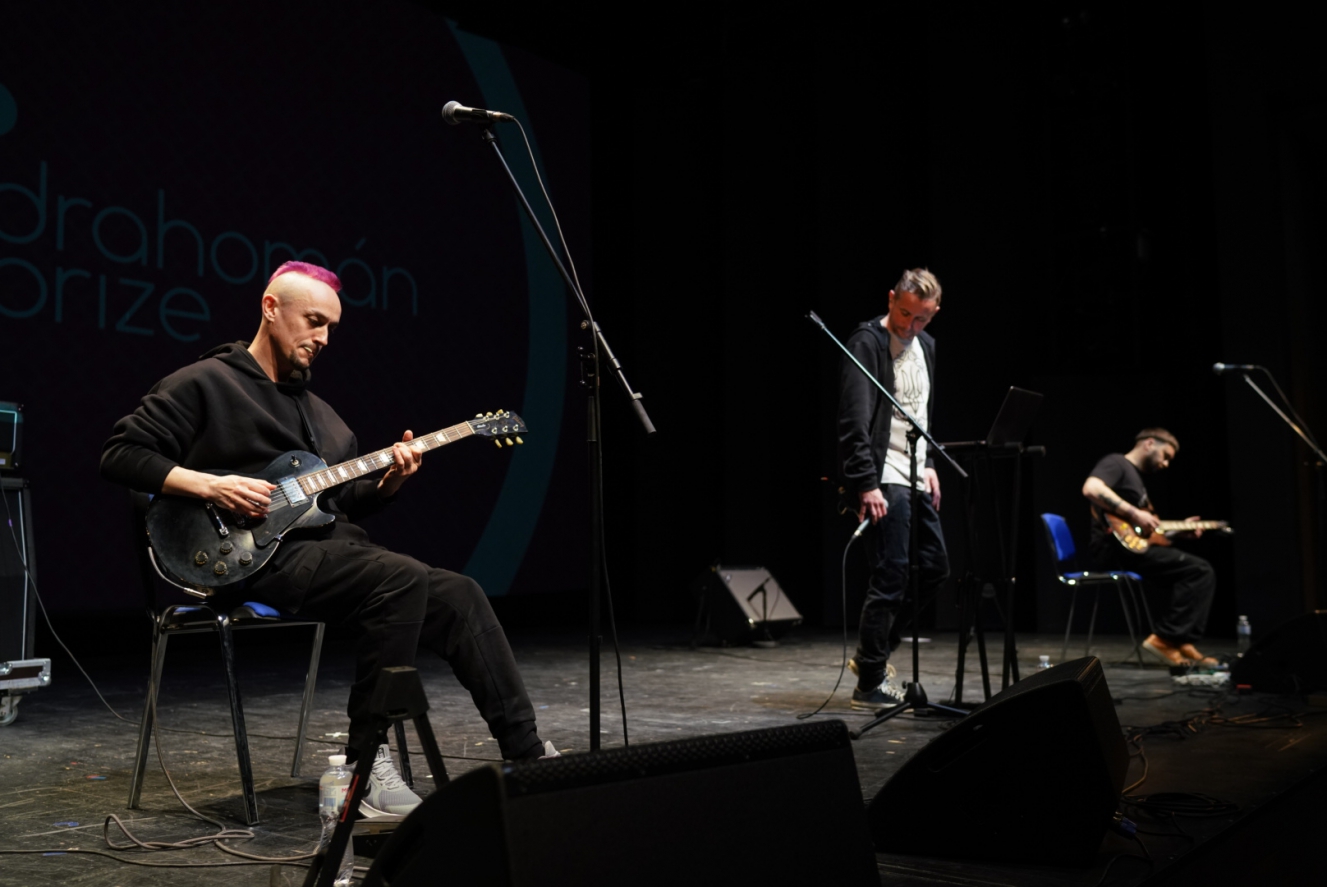 The 2020 Drahomán Prize shortlist included translator from Ukrainian into Czech Rita Kindlerová (nominated with the translation into Czech of Volodymyr Viatrovych’s publicistic work Ukraine: Classified History and translator from Ukrainian into Polish Katarzyna Kotyńska (nominated with the translation into Polish of Victoria Amelina’s Dom’s Dream Kingdom).

The Drahomán Prize was launched in 2020 by the Ukrainian Institute, PEN Ukraine, and the Ukrainian Book Institute in an effort to support and acknowledge translators from Ukrainian into other languages. It is awarded for excellence in translation and contribution to the promotion of Ukrainian literature abroad. The Ukrainian Institute is a public institution affiliated with the Ministry of Foreign Affairs of Ukraine. Our mission is to strengthen Ukraine's international standing through the means of cultural diplomacy. We facilitate international connections between people and institutions and create opportunities for Ukraine to interact and cooperate with the world.

PEN Ukraine is a cultural and human rights NGO uniting Ukrainian intellectuals – writers, journalists, scholars, publishers, translators, human rights defenders, cultural managers. With 136 members, it is one of 146 national centers of PEN International. It is a co-founder of the Vasyl Stus Prize, the Yuri Shevelov Prize, and the George Gongadze Prize.

The Ukrainian Book Institute is a government entity affiliated to the Ministry of Culture and Information Policy of Ukraine. Its mission is to develop state policy in the book sector, promote reading in Ukraine, support book publishing, encourage translation activity, and popularize Ukrainian literature abroad.

Video of the awards ceremony: https://cutt.ly/evVzyQnц

March 30, 2021
936
The 2020 Drahomán Prize short list has been announced
December 8, 2020
1536
The long list for the 2020 Drahomán Prize has been announced
September 17, 2020
505
On September 24 we are presenting a new award the Drahoman Prize for translators from the Ukrainian into foreign languages
April 30, 2020
1821
International project “Peace and War” dedicated to the 75th anniversary of the end of World War II in Europe
April 29, 2020
312
Freed Ukrainian journalists challenge colleagues worldwide to help imprisoned Crimean civic journalists
Support our work